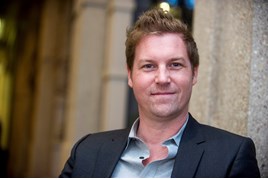 This year you’re going to see a self-driving vehicle on the road – if you haven’t already. You may not be able to take a ride in one yet, but they’ll start being tested in a city near you.

As the visibility of, and desire for, autonomous cars grows, so will concerns around malicious hackers.

Cybersecurity researchers have shown they can wirelessly access today’s cars, taking over system controls including acceleration, braking and steering.

The automotive industry has improved its cyber-defence capabilities in parallel – and the Government has released guidelines designed to make cybersecurity a priority.

While this may seem counterintuitive, I’m confident autonomous cars are actually less vulnerable to remote hacking than those driven by humans.

Today’s connected cars have a few sensors, which perform actions we’re all familiar with: a car is parking, the sensor sends a signal when it nears an object and the car stops.

Fully self-driving cars use many different sensors to navigate roads and a range of conditions and objects.

This makes them smarter – and also harder to manipulate, with one sensor able to override another if it judges it wrong. This makes ‘taking over’ the systems of a car much more difficult.

That said, as with any great consumer innovation, periods of growth and development inevitably come with setbacks.

It’s traditionally been expensive and time-consuming to identify security flaws, which researchers do by taking apart and testing vehicles, but the tools are evolving.

Most important of all, however, is collaboration within the industry on developing a standard level of security for all autonomous vehicles.

The path to innovation will inevitably have bumps in it, but if the industry works together we can all have confidence in the future of driverless cars.

By Craig Smith research director of transportation security at Rapid7