Driving and the law: Stop multi-tasking or face the music 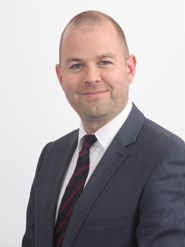 We all know what it is like to be short on time and in a rush, but over the past few months we’ve seen an increasing number of stressed drivers applying make-up, programming their sat-nav and even shaving while on the move in a desperate bid to save some time.

Perhaps unsurprisingly, the use of a mobile phone while behind the wheel is one of the biggest driver distractions, which is why the Department for Transport recently announced a crackdown on drivers caught using them, with fines and points set to double from next year.

The law already makes it clear that it is an offence to use a handheld phone while driving, but the Government crackdown will make the penalties for doing so even tougher, with guilty drivers being hit with six points on their driving licence and facing a fine of up to £200.

Under new regulations, which will apply to England, Scotland and Wales, more experienced drivers caught breaking the rules twice could be fined up to £1,000 and face at least a six-month driving ban. The penalties are expected to be introduced in the first half of 2017.

So dialling a number, checking emails, sending texts and, certainly, taking selfies or posting a status on Facebook while driving will all land drivers in hot water.

In addition, if you have something in your hand such as food, drink, lipstick or a razor while behind the wheel, you can be prosecuted for not being in proper control of your vehicle. And, if you kill or injure anyone because of poor driving, and it is because you were doing any of those things, you could find yourself serving a lengthy prison term.

Even something as simple as replacing a CD could put you at risk of prosecution, as the act of doing so means one hand has to be taken off the wheel and the driver has to take their eyes off the road. Therefore, it could be argued that in changing a CD you are not in proper control of your vehicle.

The safest way to protect both yourself and others from getting in trouble with the law, and from becoming involved in a road accident, is to treat driving as a task in itself rather than trying to combine it with other jobs and multi-tasking.