A fleeting history: Where the story began 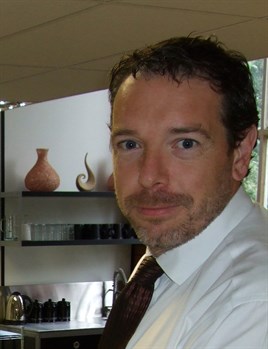 The Fleet Fundamentals
There is one thing that hasn’t changed since I’ve been working in the industry, and that is that a fleet is still a fleet. Whether it’s comprised of executive cars, construction equipment, HGVs, or even lawnmowers, an organisation relies on its fleet, whatever its size or type.

Whilst the fundamentals of fleets have remained in-tact, the emergence of fleet management technology has revolutionised their relationship with an organisation. Fleet management solutions have enabled fleets to be fully integrated within operations, revealing their potential as highly powerful assets rather than a mere bolt-on or necessary drain on the bottom line.

In the early 90s, the company car was seen as a cheap way to reward employees – giving birth to the company fleet as we know it today. Drivers were taxed based on the business mileage they achieved, which acted as an incentive to clock-up more miles as the taxable benefit charge reduced at 2,500 miles and again at 18,000 miles. This is a far cry from the current tax system which promotes more efficient vehicles and no longer rewards high mileage drivers.

Into the Unknown
When I started out in the fleet management business, the technology was understandably nowhere near as sophisticated as it is now. Indeed, one of my first jobs after leaving college was as a software developer at a transport and logistics company that had developed a text-based programme purely to manage fleet costs.

For a while, technology struggled to infiltrate the fleet sector in any major way. The handful of big players in the fleet technology space focused on the corporate entities with large-scale fleets and neglected those with fewer assets, more complex operations and smaller budgets. As a result, paper-based fleet management – rife with human error – remained a method favoured by the majority for longer than necessary.

It didn’t help that fleet management systems were considered an alien concept, unknown territory with an equally unknown ability to deliver a return on the investment. Technology was still in its infancy, as were PCs and a little thing called the Internet. This, accompanied with the vast expense of IT equipment and infrastructure, meant most organisations had to share a single machine. And for those lucky enough to have access to more than one computer, fleet management systems had to be laboriously loaded on to each desktop individually. The same went for system upgrades and trouble shooting making technology more of a headache than a help. Thankfully networks now exist, so fleet management applications can be downloaded as quickly and as simply as any other application.

Only the Beginning
Before the cost implications of running an inefficient fleet were properly identified, the management was usually an additional responsibility of a secretary or administrator. Yet, when times got tough and the economy began to suffer, companies were forced to look at areas of waste, cut costs and streamline processes. All of a sudden, the time, finance and resource saving potential of having more control of a company fleet was given a bit more thought and traditional processes analysed in great detail. Fleet management was no longer simply a case of ensuring the CEO’s car was serviced on time but a vision of providing a business with a holistic view over every conceivable ingredient in the fleet mix – from fuel consumption and scheduled repairs to insurance information and procurement. And with this new appreciation of fleet management came the demand for a fleet manager – and a system capable of managing the wealth of fleet data.

When technology advanced, and became more affordable, it met this market demand for clearer visibility and for the first time fleets of all shapes and sizes were able to bring together into a unified system a range of fleet-generated data.
This dramatically reduced administrative burden and financial cost. This ability to view accurate and up-to-date data meant that organisations were able for the first time to quickly identify inefficiencies and improve fleet performance.

Fundamentally fleets can either be a costly drain on the finances, or one of the most powerful assets an organisation has. And with the internet advancing at an unstoppable pace, the potential of fleets was soon to be fully realised.