Electric vehicles: the answer to infrastructure concern is here 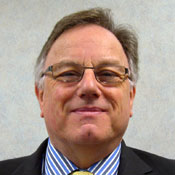 The move towards EV adoption is, undoubtedly, gaining pace.

Previously, a major prohibitive factor was the slow development of the public charging infrastructure and concerns over the capabilities of those facilities available.

However, following the roll-out of the UK’s very first rapid charging network, this is all set to change.

Constituting one of the biggest shake-ups to British motoring, the project will see rapid charge units, as provided by operator Engenie, installed nationwide across Roadchef motorway service areas, covering the length and breadth of the country.

The Schneider Electric charging points will allow drivers to fully recharge a depleted battery in as little as 30 minutes.

The first of these was completed this May at Roadchef’s Clacket Lane service area on the M25 and a further 10 will be installed over the next few months.

Although starting slowly, this project is highly significant. To put it into context, previously if users wanted to make a long journey in an EV they would face charging periods of up to 8-10 hours, meaning that journeys of more than 100 miles were practically impossible without an overnight stop.

However, a 30-minute rapid charge on one of Engenie’s charging stations can provide enough power to an electric vehicle for more than 100 miles, with a 75% saving in fuel costs compared to a petrol equivalent.

At this early stage in EV adoption, electric vehicles are generally more expensive initially, but this just shows how the payback period can be quite rapid.

This is a major game changer. While for some time electric vehicle adoption has seemed a rather distant vision, this is a significant moment and one which will help make EV ownership a tangible reality for UK drivers.

Plus, of course, with the cost savings and improved green credentials to add to the mix, it is win-win.

And so, for the shrewd fleet manager, the time to act is now and start to reap the rewards as quickly as possible.

After all, if Government targets and forecasts are accurate, by 2020 between 5-10% of all cars sold will be electric.

The time has surely come to join the EV revolution.