Fuel cell technology: Hydrogen will be the future for fleets 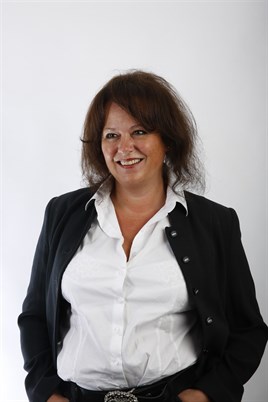 Hydrogen fuel has steadily attracted more and more interest over the past year. The technology uses fuel cells so, unlike an ordinary engine, the fuel isn’t burnt. Instead, the hydrogen is chemically fused with oxygen to make water.

Many car manufacturers have been getting behind  revolutionary new fuel, none more than Toyota, who at the recent Consumer Electronic Show gave away nearly 6,000 patents it owns that cover hydrogen fuel cell technology. Toyota sharing its intellectual property for free shows its devotion to creating a ‘hydrogen society’. It also presented its own hydrogen-powered car, the Mirai.

The benefits of modern electric vehicles (EVs) have been well documented since inception. Quiet and smooth to drive, cheap to run and with the added incentive of the ability to charge them from home – the fact of their reduced  environmental impact is not their only advantage.

EVs, however, have a few main problems. The time it takes to recharge your vehicle and the lack of charge points makes driving long distances a concern. If you’re unable to locate a charge point on the way, you’ll be limited to the range of a single charge.

Hydrogen vehicles, on the other hand, using the same method as petrol and diesel, are relatively quick and easy to refuel.

While implementing hydrogen as a fuel source would  be expensive, it does seem to have the backing of many manufacturers. In 2013, Daimler AG, Ford, Nissan and Renault agreed the joint development of fuel cell systems, looking to launch mass-marketing as early as 2017. Mercedes-Benz has also demonstrated its belief. Its latest concept car, the Luxury in Motion, puts equal significance on its autonomous features and its use of clean fuel, such as the electric-hydrogen hybrid motor that powers the car.

Hydrogen fuel seems to be something that is genuinely exciting most manufacturers. With such strong backing from the majority of the industry, you can expect to see hydrogen cars becoming more popular than ever before.