Fuel tax: For lower fuel tax, we must use less fuel 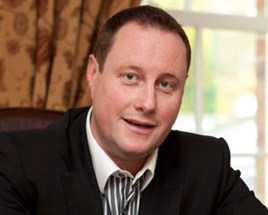 If there is one thing that unites all shades of fleet opinion, it is the belief that taxes on road fuels are simply too high.

Every driving licence holder in the UK feels the same.

It’s not that Westminster is completely deaf to public opinion but it is people’s behaviour that policy-makers really pay attention to.

Over the past 20 years, the volume of road fuel used in the UK rose slowly but steadily, allowing policymakers to argue that drivers learn to live with rising prices.

Over the last decade, maintaining consumption and revenues has required stealthy cuts to the rate of duty.

Drivers first cracked under soaring prices and cut back on mileage in 2001.

Gradually rolling back the tax rate, from more than 75% of the pump price, worked at first.

Volumes picked up and the Treasury got back on the swings what it gave away on the roundabouts.

But while today’s rate is down to 59% of the retail price, the Government has watched road fuel consumption sink by 10% since 2007.

And it’s not just fuel. Official figures also show people cutting down on car use and ownership.

All the Treasury can do is hope that fuel demand, oil prices and tax rates will soon reach equilibrium.

But if consumption keeps on falling it will have to cut taxes again (or more precisely shift them away from motoring). Otherwise it risks setting off a downward spiral across a range of important economic activities.

In other words, lower consumption will mean less tax.

Uncovering and eliminating unnecessary fleet mileage is always beneficial – for emissions, productivity and profits. So much the better if it also persuades the Government to hold down fuel tax rates.