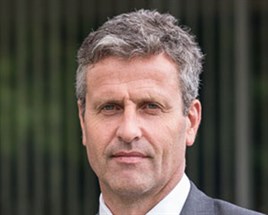 The perception of plug-in and hybrid vehicles is changing. Originally viewed as something of a novelty, these vehicles are now given serious consideration by businesses when deciding the composition of their fleets.

Registrations of pure electric and plug-in hybrid cars this year are already at 80% of the number sold in the whole of 2012 and while the actual number of vehicles on the road is small, these figures suggest the market for the ultra-low-emissions vehicles is picking up.

Society of Motor Manufacturers and Traders (SMMT) figures reveal 1,885 plug-in models have been sold to the end of July this year, an improvement of 70% on the same period in 2012 and 11 times higher than the volume sold during 2010.

Although these percentage increases are impressive, it must be remembered that they are drawn from a very small market.

However, advances in technology and new vehicles coming to market, such as BMW’s i3 and the electric Ford Focus later this year, are important milestones and clearly show that manufacturers believe there is a strong future for this market.

The combination of new manufacturers entering the sector and the Government’s pledge to spend tens of millions of pounds developing infrastructure for electric vehicles is likely to result in a period of sustained growth for plug-in vehicles.

The knock-on effect of the drive to produce greener and more efficient vehicles is considerable improvements in the quality of diesel and petrol engines.

Citroën, for example, recently launched the first non-hybrid seven-seat people carrier with CO2 emissions  of less than 100g/km, something that would not have seemed possible five years ago.

One consequence of these technological advances is that fleets are downsizing into smaller, cleaner and more efficient vehicles.

The relatively high output and excellent fuel economy offered by this breed of petrol and diesel engines makes them ideally suited for fleet use. We have found that our clients have embraced this technology by proactively selecting the most fuel- and tax-efficient cars.

The average CO2 emissions for new cars on the Lex Autolease fleet continues to fall and dipped below the 130g/km threshold in June this year, where it has since remained.

This is a clear indicator that fleets are seeing the benefits of low-emission vehicles and we expect this trend will continue in 2014.