Just how much more expensive are Euro6 diesel cars? 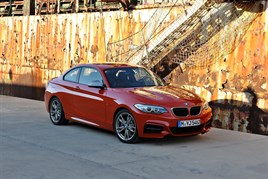 Some fleets must be bracing themselves for an increase in costs purely from running diesel vehicles.

For a few years now, some vehicle manufacturers have suggested that tightening of emissions rules across Europe would make it more expensive to produce diesel engines that comply.

Toyota has maintained for a long time that Euro6 emissions rules would push up the purchase price of diesel cars relative to petrol ones. It could be argued that with such massive investment over the last two decades in petrol-electric hybrid technology, Toyota would have a vested interest in promoting alternatives to diesel.

Fair enough, but after years of making diesel engine development a lower priority, it now has an agreement with BMW to use 1.6-litre diesel engines in future products. Market realities can be difficult to overcome, no matter how strong an argument for new technology.

In any case, the cost of producing petrol engines must have increased over the last few years as manufacturers increasingly adopt more sophisticated direct injection petrol engines as well as turbocharging. However, the gap, it would seem, continues to increase.

Or so, I thought. I was surprised to read that the Euro6-compliant BMW 220d Coupé would only command a £825 premium over the 220i. Both variants produce 184hp so there is performance equality on that front.

I began to think that the cost of Euro6 compliance on the part of vehicle manufacturers had been over-stated. Then I looked at the BMW 320i and 320d saloons. The diesel version here is priced £2,210 higher than the petrol version, both of which produce 184hp.

Mazda claims its Skyactiv diesel engines meet Euro6 requirements without the need for expensive exhaust after-treatment. Several years ago, Mazda’s European sales chief said that as a result, there should be no increase in the price premium for a diesel engine car over petrol.

Unfortunately, it wasn’t to be: the price premium for the 150hp diesel Mazda6 over the 145hp petrol model is £2,400, which seems steep, particularly when you consider the very same engines in the Mazda CX-5 SUV have a gap of £1,700.

If a manufacturer can’t set a fixed price for the technology within its own range, it’s a tell-tale sign that the dark art of marketing is at work, and manufacturers will price products at a level they think customers will pay.

Further complaints that Euro6 compliance is pushing up prices of diesel cars can be taken with a pinch of salt. Manufacturers can only get away with it if customers believe it.