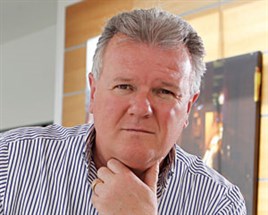 2013 is likely to prove no less tough than the year almost ended. Once again, the fleet sector will face many challenges but we believe the opportunities will outweigh these. Further consolidation is definitely on the cards which should prove positive for the companies involved and their customers.

Continued focus on delivering added value as well as lower costs will be a pre-requisite to customer retention. In different areas of the fleet industry, the time is ripe to see the shoots of a quiet revolution in how we go about our daily lives.

In that regard, city car clubs and a change to the way we rent vehicles could prove the catalysts we seek for a step change in urban mobility. And the internal combustion engine will make a vigorous fight back as EVs start their own quiet but ultimately measured step forward, still hindered by lack of range, a proper re-charging infrastructure and lack of an industry standard plug and socket.

My No. 1 prediction is no different to earlier years – more industry consolidation but this time with a twist! While private equity and venture capitalists will continue to look at the fleet sector as a low-risk opportunity to make money over the short-term, the real change is likely to come from more vehicle manufacturers taking an interest in the fleet sector.

As the foreign banks exit, witness ING, the original equipment manufacturers are taking a renewed interest in the sector as evidenced by BMW. Circa 10% of the FN50 are vehicle manufacturer owned and this percentage is set to increase.

2012 was a quiet year compared to the hiatus of the previous one with only three companies departing the Fleet News FN50 compared to seven companies in 2011. The top five now account for 54.2% of the overall FN50, up from 53.7%.

Consolidation will continue outside the top 10, where the fit makes sense, to refine the list of top players further. Ultimately, we envisage a Top 25 Premier League and a First Division comprising the smaller sub-5,000 players. This classification will also better mirror the relative ease in securing overall funding.

At the end of 2010, we introduced a new financial investor to the sector in the form of Investec, a FTSE 100 company, to facilitate and importantly fund the successful integration of Masterlease UK within our business last year.

I forecast last year to expect potential new funding entrants to the leasing market with an appetite for healthy profit. This has come to pass with other financial institutions looking at the sector as good risk, some from as far afield as Australia.

That bodes well for the sector which could grow next year as a result. The caveat is the on-going Eurozone debt crisis, which may see further European financial institutions seek the exit door, especially given the torrid state of new car sales on Continental Europe.

We are not out of the woods yet, economically, so we cannot expect businesses to lift their foot off the cost-saving pedal . Lowering costs will continue to be their top priority as long as we have to endure a tough economic climate.

Helping facilitate lower costs are those providers who invested in leading edge fleet systems and continue to do so. It is these organisations who can provide total cost transparency and highlight the areas to save further monies.

There are no magic solutions to saving costs but a mix of world class fleet management systems, integrated solutions and top quality people represent a heady potion for delivering extra value to cost conscious customers.

We’ve had Generation Y, now we’re got Generation iPod. The download generation who pick precisely what they want to listen to. Squeezed on all sides financially, it’s tough for them to get on the property ladder and their decision to rent rather than buy property is merely an extension of a more general trend towards renting rather than buying. After all people rent Smartphones by buying tariffs – they don’t buy them.

With increased urbanisation and parking spaces at a premium, more are also inclined to rent rather than buy cars. It’s cheaper, more ecological and allows them to choose the type of vehicle they want for the occasion. The popularity of city car clubs – the first of which I introduced way back in March 1999 – is bound to rise as a result and could be the catalyst for the adoption of more EVs as well.

Reference vehicle rental adoption, short-term vehicle rental companies could be at the vanguard of a radical change in vehicle mobility. In urban areas, constrained by lack of adequate parking, regular traffic jams and the high cost of vehicle ownership, town dwellers could turn to vehicle rental in droves as more rental companies offer rental by the hour and their technologies enable optimal vehicle utilisation by real-time vehicle positioning.

Apps could advise renters where cars are parked for instant access. Not only could vehicle rental companies revolutionise car rental as we know it but could take the car club concept to the next level. After all, it was during my time at Budget that I launched in Edinburgh the very first commercial car club.

Vehicle rental not only offers the perfect test environment for ‘try before you buy’ but can offer the most suitable vehicle for the occasion – a sports car for the romantic weekend away, an MPV for the family holiday and a premium executive saloon for long-trips as well as a city car for those urban trips around town.

In the current economic climate, companies have to be more creative with their total reward packages, which is where car salary sacrifice schemes come into their own. Employees benefit from a new car with the savings on income tax and NI contributions outweighing BIK contributions.

The tax efficient scheme ticks all the boxes on both sides. The employee gets an all-in package comprising a more fuel efficient, fully serviced and insured new vehicle while the employer also saves money, mitigates the risk of the grey fleet and adds to its green credentials by lowering its carbon footprint. It’s a win-win situation on both sides and will continue to gain in popularity.

The only real obstacle to better employee take-up is scheme design and presentation. Communication is critical from the outset.

7. Fight back of the internal combustion engine

Make no mistake, there’s plenty of life in the old dog yet. Vehicle manufacturers worldwide have accomplished some amazing feats in terms of squeezing extra performance, both in terms of power and fuel efficiency, while dramatically reducing CO2 emissions.

Expect more of the same with smaller, turbocharged engines replacing conventional larger capacity internal combustion engines in even larger family saloons. The current proposed change to F1 engine regulations in 2014 away from 2.4-litre, normally-aspirated V8 engines to 1.6-litre V6 turbo engines with energy recovery systems will be catch-up rather than trend-setting but can only boost the image of small capacity turbo power houses.

As I’ve banged on about in blogs and highlighted in white papers, the greatest challenge to EV adoption is the lack of a proper charging point network infrastructure. This was compounded until recently by the lack of a central Department for Transport administered database for charging points.

The problem now though is the different charging solutions offered by vehicle manufacturers and the lack of a standard plug and socket. Unbelievable but true. Imagine having to have different sockets for your Hoover, Dyson or Vax!

Standardisation can’t come soon enough but meanwhile expect many cases of scratched heads as drivers low on juice turn up at a recharging point to find that they can’t plug in. Reminders of LPG woes on a grander scale. And EVs will be part of the solution but not the whole solution.

As predicted last year, the price of oil has continued to rise. I advised it was estimated to reach around $113 by year end. As I write this it is hovering around $109 so not far off target!

With Israel close to a war footing over Iran’s nuclear capability, any major hostilities in the region or the threatened Iranian blockade of the Strait of Hormuz, the waterway to a fifth of the world’s oil supply, would trigger a spike in oil prices.

Fuel at the pumps has risen by over 50% in the past five years and by an average of 18% over the last two so there is only one way for prices realistically to go – up – despite the best efforts of the FairFuelUK Campaign.

My top 10 predictions are book-ended by no changes to my first or last. Fleet management outsourcing will only continue to be attractive in a tough economic climate where businesses seek to focus on core activities, leaving fleet to the experts.

Medium and large-sized organisations will continue to turn to fleet outsourcing with the specialist delivering a wide range of services including funding where required. Demarcation lines between leasing and fleet management companies are increasingly blurred but outsourcing tends to favour the latter over the former.