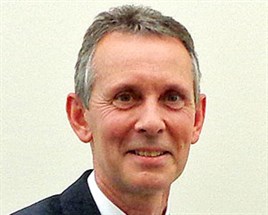 The Government’s announcement of a need for further cuts in public expenditure is certain to mean that cost control will remain high on the public sector agenda in 2014.

Chancellor George Osborne has said that a further £25 billion in spending cuts – much of it from the welfare budget – will be needed after the next election, as well as  adding that more austerity lays ahead as the job, in his opinion, is ‘not even half done’.

The public sector will, therefore, have cost control at the top of its agenda this year and beyond, and one area that could come under renewed focus in a general round of cost-cutting is that of reducing fleet mileage expenses.

We have seen much debate recently about the level of mileage rates being claimed in the public sector for grey fleet vehicles, which in some cases are 50% higher than the AMAP mileage rates.

But we maintain that the wider use of mileage capture systems can help keep reimbursement levels and mileage expenses in check.

With a mileage management system, users immediately know which driver is doing what mileage in what vehicle and pay the correct reimbursement relative to the engine size.

On top of this, there is also the requirement for the driver to provide a regular disclaimer confirming that they and their vehicle are in good shape.

As well as improving the accuracy of mileage claims, mileage management systems can produce age reports identifying those vehicles that are over three years old but which might not have their MOT details recorded, or those drivers who have not confirmed that their insurance covers them for business use.

These are vital tools in helping run grey fleet vehicles safely and more cost-effectively and ensuring that duty of care responsibilities are being met.

Some public sector organisations are aware of the benefits of using the latest mileage management technology to ensure claimed mileages are as accurate as possible, and we are talking to several who see the value of improving the accuracy of the mileage claimed rather than the rate paid.