Remarketing: Oversupply is a real threat to residual values 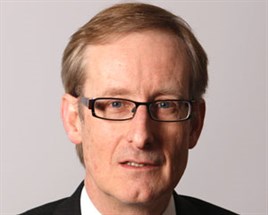 This year began with the news that three big High Street names have gone into administration, putting up to 17,000 jobs at risk.

Not to mention the loss of 800 jobs at Honda in Swindon in our own sector.

So how does this affect our three-year view, where we predict a 3-5% drop in residual values?

In reality, very little, as our three-year forecast is already based on an improving supply of used cars, alongside a softening of consumer demand as public sector cuts start to bite.

Provided these volumes are maintained we expect the market to respond in line with our predictions.

However, private volumes should not be expected to replicate 2012 growth.

The real elephant in the room is the EU market which, in sharp contrast to the UK, has seen volumes fall by 7.8% to 12.5 million units, the worst in 19 years.

Just-in-time production processes allow manufacturers to switch production between left and right-hand drive with ease, so there is a real risk of the UK being used as a dumping ground for excess production capacity.

If this happens then all bets are off, as our view is that even 5% more volume than the SMMT’s predicted 2.062m units would have an overall negative impact of 6-8% on residual values.

In addition, an ever-increasing diversity of products on offer will also include new-entrant, low-retail players such as Dacia, appealing to a market that might have traditionally been a used car buyer, although initial predicted volumes should not greatly impact new or used markets.

The key objective in 2013 will be to keep a watchful eye on new car volumes, monitoring those sectors where significant additional volumes show up that could ultimately hurt residual values.

But taking your eye off the ball is not an option.