Risk: Fleet managers have a duty of care 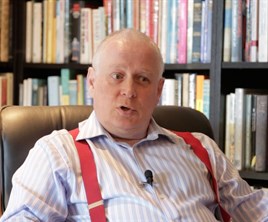 Legal expert Alan Scott-Davies says it's important fleet managers ensure their drivers are fit, healthy and safe to drive following the jailing of a professional driver.

When you see a headline ‘Fleet Driver Kills Two Cyclists’, and you happen to be a fleet manager, it must surely bring you out in a cold sweat.

This was the case when Robert Palmer, who almost certainly fell asleep at the wheel of his articulated vehicle, lost control and killed Toby Wallace and Andrew McMenigall on the A30 near Newquay in Cornwall.

I cannot begin to imagine how the families of these two men must be dealing with this tragic loss of life. However having been sentenced to eight-and-a-half years in prison by Judge Christopher Harvey Clark QC this defendant must have a family that are also grieving in a different way.

The defendant was described as being totally exhausted when he hit these two cyclists who were taking part in a cross-country charity ride shortly after they began a ride from Land’s End to John O’Groats.

It was also revealed in the Crown Court that he habitually used his mobile phone to send messages while he was driving though not at the time of the fatal crash.

The judge continued: “It is clear that when this tragic accident occurred you were suffering from extreme fatigue and exhaustion. You should not have been driving at all at that time. People should not drive when they feel very sleepy or, as you were, totally exhausted. You must have been aware of your condition.”

To make matters worse this stupid and irresponsible man lied to police about the amount of rest he had taken before taking to the wheel and falsified tachograph records.

There are many lessons here. Fleet managers need to make sure that they understand their drivers, including their lifestyles, which forms an integral part of their legal responsibility to ensure that their drivers are fit, healthy, and safe to drive on our roads.

I say this at every legal presentation I deliver and one company, who I am proud to be associated with, has been really proactive in improving driver training.

Muller Wiseman Dairies are an excellent example of a company that takes road safety and driver training very seriously indeed.

I have delivered legal presentations to their Depots in Bridgwater, Droitwich and Glasgow with further ones planned for Manchester and Leeds.

At every presentation they fill their Boardrooms with drivers, depot managers, fleet driver trainers, union representatives and their senior staff from logistics.

These terrible road traffic incidents must be reduced and this can only be achieved if the following issues are considered, discussed, and implemented;

I try very hard to spread a clear message about how to improve driver standards and thereby reduce the corporate risk of a negligence claim for compensation.

It sounds very simple, and I know it is not, but the key is getting the drivers into the classroom for just 1 hour where someone explains in very clear language what their legal responsibilities are towards both their employers and the general public. This has been, and still is, the Muller Wiseman approach.

I take the time to shake hands with every person that attends one of my legal presentations as they leave the room. I have now lost count of the number of drivers that come up and say: “Thanks for that Alan; I learned a lot and it will change the way I think about the way I drive.”

The technical side of improving driver standards is I am happy to say in the expert hands of the fleet driver trainers, but actually talking to the drivers is a great way of getting the message over.

The loss of Toby Wallace and Andrew McMenigall is truly devastating and was completely avoidable but for the negligence of the defendant.

I simply hope that by raising the issues that led to this tragedy more fleet managers will be thinking “that could have been our company and we need to act now”.