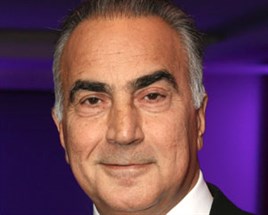 It has been estimated that up to a third of all road traffic accidents involve somebody who is at work at the time.

This may account for 20 fatalities and 250 serious injuries every week.

With statistics like this and research from RoSPA which says that drivers using a mobile phone are nine times more likely to be involved in a fatal accident than those drivers not using one, it is time the real danger of using a phone while driving is recognised.

Mobile phone technology has advanced so far in recent years that we now have the whole world at our fingertips.

We have all embraced this development and it has certainly increased productivity in many areas. However, it is also putting workers at risk.

A car is considered by many as an extended office and workers use their time in them to make and receive calls. People have begun to get used to the idea of being accessible 24/7.

The law banning the use of hand-held mobile phones while driving came into force in 2003, although it permits the use of Bluetooth and hands-free systems.

But while the user is not physically distracted by having to handle and hold the phone, their mind is just as distracted.

Ministers are now warning of a crackdown on texting while driving by introducing a £90 fine.

However, rather than imposing penalties, increasing fines and prosecuting individuals, it would be much simpler to prevent an employee from using their mobile phone through technology.

The temptations are just too great and it is clear that employees are not adhering to the policy laid out by their companies or the law.

Given all the evidence that using a mobile phone while driving is dangerous, I would suggest that it is time to start saving lives, have peace of mind and stay within the law by using the technology available.