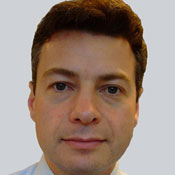 By Philip Somarakis, head of motoring offences team at Davenport Lyons and company secretary of ACFO

For those of us living/working in London during the Olympics, the ensuing traffic congestion brought about by the Olympic Routes may conjure up those escapist images of driving down an empty country lane in an open top with one’s foot to the floor.

It is timely therefore that the Department for Transport has announced proposals which will burst that thought bubble.

The proposals aim to cut the speed limit on these traffic-free country lanes to 40 mph. There is however a serious point to this.

In 2010 68% of road deaths in Britain took place on rural roads and that is a figure which needs to come down.

It has also been reported this week by the Transport Select Committee that for the first time in a decade, the overall number of road deaths per year has increased.

The DfT has therefore set out new proposals to reduce the speed on some of these rural roads to the proposed 40mph limit.

This is said to be a case-specific scheme which local authorities can apply if they believe an area would benefit from it.

Road Safety Minister Mike Penning said: "It is vital that speed limits are suitable for local conditions and councils are best placed to determine what these limits are, based on local knowledge and the views of the community”.

The vast majority of rural roads will be single carriageway.

Historically, the speed limit for a road has been set at a speed at which 85% of drivers driving in good traffic conditions on it, do NOT exceed

Research suggests that this is the safest maximum speed limit for the road in those driving conditions. This is known as the “85th percentile rule.”

However, in appropriate cases, the speed limit will be set below the 85th percentile. Indeed on many roads, due to specific conditions, this will be considerably lower than 60mph.

For example on a narrow country lane, 85% of drivers would NOT be driving at 60mph.

By lowering the speed it is hoped that it should further reduce the number of accidents and achieve the DfT’s objective.

By implication however, the DfT must be considering rural roads where the speed is currently 60mph or 50 mph.

Part of a good road safety strategy has to be adequately informing the driver of the speed limit on the road. There are clear rules about how speed limits should be signed.

These require change of speed limit signs at the start of a speed limit and “repeater” signs throughout at regular intervals (the exception to this is where the speed limit is restricted to 30 mph, where the 30 limit is indicated by the presence of street lighting).

The DfT has hinted as part of this consultation, that in rural areas, to avoid the “clutter” of signs, some relaxation of these strict requirements may be tolerated.

Having been asked to comment on this proposal, Ralph Smith, from the Campaign to Protect Rural England, was quoted on BBC Radio 4’s Today programme as saying: "We're saying a much better solution would be to use 40mph zones, similar to the 20mph zones in urban areas, where there isn't the requirement to have the signs every few hundred metres”. This statement, however, is not entirely correct.

Repeater signs are required in a 20 mph zone unless there are sufficient traffic calming measures in place along the road.

The traffic calming measures are clearly designed to “warn” the driver that they need to slow down, with the obvious consequences to the vehicle’s suspension if they do not.

They are designed and built to be seen (and felt) by the motorist.

In the absence of traffic calming measures then there have to be 20 mph repeater signs.

A comparison with 20 mph zones is perhaps therefore not realistic.

Indeed it remains to be seen how drivers would otherwise be warned that they are still driving within a 40 mph limit with fewer road signs than the norm as I don’t fancy hitting a speed hump at 40.

So, whilst the proposed loosening of the repeater sign rules would reduce signing costs and the so called ‘clutter’ in the countryside, this must be counterproductive to the overall objective of making roads safer.

Without regular repeater signs and no other means of warning drivers, confusion may be created as to whether the 40mph limit still applies.

Drivers are ‘trained’ to look for repeater signs, and are thus used to seeing them.

Local authorities cannot sign a speed limit on a road on the basis that most people who use it are local and therefore “know” what the speed limit is.

The speed limit should be signed to guide a complete stranger who has never driven on that road before.

By skimping on road signs, the result may be that drivers unfamiliar with the road may simply assume the limit has returned to 60mph, with the consequence of them breaking the law by speeding up and/or possibly causing an accident.

Indeed a common complaint from drivers prosecuted for speeding is that they had failed to appreciate the speed limit for the road due to a perceived lack of signage.

Whilst the DfT’s objective to further cut road deaths should be applauded, the proposal to cut down on repeater signs needs to be considered carefully.