Telematics: from motor to beyond 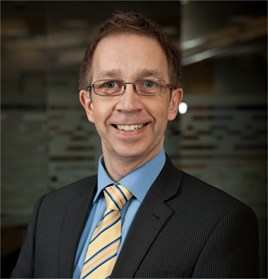 The joys of the open road. The wind in your hair. Just you and some kicking sounds on the stereo. Although it’s not just you is it? And I don’t mean the screaming kids in the back and an exasperated partner sitting next to you, fiddling with the climate control. Increasingly we’re now accompanied on our travels by a little black box, or even our own smart phones masquerading as little black boxes, betraying our driving style and habits back to some unseen data warehouse.

Welcome then to your new co-driver: telematics. No longer just a techno nerd’s laboratory experiment, telematics – simply defined as the use of wireless devices to transmit data in real time back to an organisation – is becoming big business in motor, and has the potential to absolutely transform the entire insurance business across almost every personal and commercial line.

We’re all switching to telematics
By 2017, that’s less than four years away folks, it’s estimated that more than 60% of the world’s vehicles will be connected, actively monitoring the safety and security of vehicles and drivers. Research from Gocompare.com expects that by 2017, 57% of all UK drivers will switch to a telematics-based car insurance policy. Quite a journey then from roots which stemmed from the late 1990s when the Progressive Corporation in the US became the first major insurance company to implement a usage based insurance product. It was following the demand for these products that they became involved in the development of telematics systems.

Whereas much of the development has been around usage based systems i.e. how many miles you drive, and then paying accordingly, telematics devices are now far more detailed in the information they provide when it comes to the driving behaviour of an insured including the times of day or travel, location, speed and acceleration. In a way, this is risk that can be modelled to the nth degree. Your insurer now knows everything about your driving habits. They’re not relying on actuary’s interpretation of how a 35 year old with 15 years’ experience might handle a six year old Porsche Boxster 3.4 S. They know (so no more hand break turns or doughnuts in the supermarket car park I’m afraid). And the EU might have removed the opportunity to discriminate by gender when pricing a motor policy, but why should insurers be bothered? Not when they now have access to information that is far more insightful than the statistical broad brush of yesteryear.

Flash for cash
For early adopters of telematics technology, there are real rewards out there. Profitable growth has been difficult in recent years given the competition resulting from price comparison sites, and an avalanche of fraud – crash for cash and now even flash for cash – coupled with steep claims inflation. The ability to then use telematics and profitably tap into a market where 92% of drivers are reported to believe that their premiums should largely be based on the way they drive should be very attractive.

Very exciting, but why stop at motor? Why should telematics be limited to the motor business when it comes to developing insurance policies that truly reflect the actual risk – not simply an actuary’s perception of risk (and sorry, I don’t mean to keep having a pop at actuaries). The life sector for one could benefit; how about an app that measures your vital signs such as blood pressure, heart rate and overall physical health in real time and feeds information continually back to your insurer. The Quantified Self Movement is already pioneering the use and development of self-tracking tools that help people make sense of their personal data. Fitter than the average 40 year old? Then telematics could be for you in securing lower premiums.

Commercial lines such as property could also benefit. What about smart buildings that are able to relay real time information about their operation? If a window is left open overnight perhaps, that information could be relayed as a security risk back to the owner so it doesn’t happen again, but premiums could also be adjusted to reflect the changing risk profile.

We’ll surely see the end of the annual renewals process. Insurance will be consumed and bought and paid for in a real time fashion. This is great news. The insurer and broker now have an opportunity to have an ongoing relationship with their insureds that doesn’t just come alive once a year or when a claim happens but evolves into a real and continuous risk management dialogue.

I want to be alone
The insurance business really does have an opportunity to absolutely transform the way it does business from the pricing of risk right through to claims handling and day to day communication with its clients. Of course, there is a price to pay. It was Greta Garbo who pleaded ‘I want to be alone’. Well, good luck to that aspiration in an electronically connected world where your every move can be monitored and assessed. But if it leads to a more relevant insurance product and a cheaper one for many, then I’m sure it’s a price that most will be willing to pay.