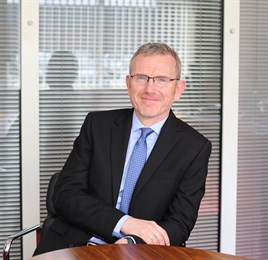 To increase passenger safety on the roads and to make emergency services more cost-effective, the European Commission has just adopted a proposal for the deployment of eCall.

It’s an intelligent transport system (ITS) that will be installed in all vehicles that will automatically dial 112, Europe’s single emergency number, in the event of a serious road accident and will communicate the vehicle’s location and impact sensor information to emergency services.

It is estimated that 112 eCall will speed up emergency response times by 40% in urban areas and 50% in the countryside, and will reduce the number of fatalities by 4%.

The implications of this service are huge: it ensures greater safety and connectivity amongst drivers and customer service operators in a society that is I believe becoming less and less enthused about car ownership and  increasingly dependent upon public transport.

Today’s millennial generation is changing the way we travel, as well as our expectations about transport services. ITS plays a larger role today than it ever has before and the deployment of the latest EU-wide eCall initiative  demonstrates that. The vast improvements being made in road-vehicle systems such as navigation systems and real time traffic transmissions show the paradigm shift in our conception of mobility. Consumers are moving away from traditional methods of transport and adopting alternative schemes – schemes that see mobility as a service.

The introduction of fully automated systems like the car-sharing concept is a prime example of this shift. Instead of aspiring to own their own car, more millennials are moving towards shared transport services like car-sharing, taxis, and other means of public transport. This decline in car culture and the rise of the transport service model will have massive ramifications for our society.

Has technology become the enemy of the vehicle industry? Whilst car ownership is on the decline in big cities, it’s safe to say that, with the introduction of intelligent transport systems like eCall, our driving culture isn’t disappearing – it’s just getting smarter.