Impacts on the transport sector in 2019 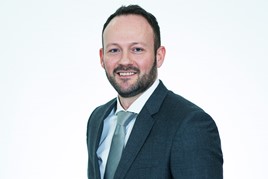 As the transport and logistics sector undergoes a significant transformation, with political, social, technological, environmental and legal changes exerting significant influence -  Teletrac Navman looks at what's in store over the next 12 months.

Developments in these areas are undeniably driving uncertainty and disruption, making it increasingly difficult for fleet operators to understand what should be the immediate versus long-term focus, such as Brexit and driver shortages.

However, the developments also bring a massive opportunity for positive change, with the key challenges including emissions control, increased congestion and driver behaviour.

Transport emissions is a hot topic in the industry as a recorded 17.5bn tonnes of cargo travels on Britain’s motorways and A roads each year.

This has an obvious impact on air quality, particularly in more built up environments. Indeed, the rate of growth in certain areas across the UK, most notably Manchester, has resulted in increased congestion and delays, leading to heightened CO2 emissions.

Crucially, the Freight Transport Association is calling for improvement in overall transport management and has identified measures to reduce pollution levels in the shortest possible time.

The anticipated adoption of electric vehicles will, in time, reduce emissions from commercial transportation, but there are steps operators can take in the short-term to make a difference before the 100% zero-emissions target in 2040.

This is where technological advances can’t be ignored.

Telematics technology in particular is playing an important role in enabling operators to make their fleets more efficient and sustainable – not only by helping fleet managers choose the most efficient routes, but also by monitoring driver conduct to alleviate issues such as speeding.

Furthermore, rising traffic congestion not only increases vehicle emissions and costs time, it also contributes to driver stress and irrational behaviour behind the wheel.

This combined with government estimates showing that road collisions are costing the UK in excess of £16.5bn a year, affirms that driver conduct should continue to be a top priority for 2019 and beyond.

To make matters worse, if increased vehicle border inspections are brought in as a consequence of a hard or no-deal Brexit – slowing the distribution into the UK – drivers will face increased pressure to finish jobs in a timely manner.

Therefore, the industry should be working to educate drivers on the dangers of irresponsible behaviour on the road.

The opportunity added visibility technology provides through measures like driver training, should also be seized upon in order to help reduce and prevent incidents.

Deploying smart telematics and tracking technology not only has a bearing on a fleet’s safety as well as other road users, it also impacts insurance premiums and clarifies liability.

Brexit is arguably the main issue weighing on the minds of the UK’s fleet managers and a no-deal outcome could significantly influence other areas of the transport and logistics sector.

For example, leaving the EU is likely to see an increase in tariffs on vehicle parts, resulting in costlier services and repairs, affecting fleet compliance.

The increasing driver shortage is another area which has been a concern for a number of years now, and the impact of Brexit may well make matters worse.

One in five logistics operators are expecting a decrease in headcount in the next 12 months, as fewer EU nationals are choosing to move to the UK in light of the ongoing uncertainty about their future employment prospects.

On top of this, the industry faces a lack of trained workers to counter a rapidly aging workforce.

Pressure on human resources threatens the ability of a business to function successfully, so to widen the industry’s appeal, businesses really need to consider ways to attract new talent into the sector and motivate existing workforces with improved driver incentives.

Ultimately, there is no single challenge, but a plethora of focal issues; rising emissions will continue to feature heavily in discussions next year and Brexit will be a matter that dominates.

So, in a time of rapid change, the ability to adapt will be crucial to ensure operations remain cost-effective and efficient, and the industry continues to thrive.

Teletrac Navman has published a shareable guide highlighting 20 illegal habits drivers may not know are against the law.

Teletrac Navman has appointed Richard Lilwall as the new vice president and managing director of its Europe division.