Is autonomy on the horizon in the robot revolution? 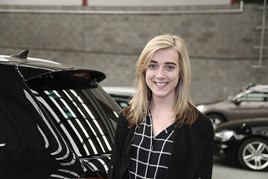 With new vehicle technology developing all the time, autonomous vehicles are on the horizon.  Many companies are investing in this technology including General Motors, Waymo, Google, and Tesla.

There has been much publicised testing with the end goal of making the future driver free. Ford have also thrown their hat into the ring with news that they will launch autonomous cars in 2021 in United States.

There are many benefits to developing autonomous vehicles. We already see some of this technology in the cars on offer today, with lane change warnings and brake assist technology now commonplace.

Some manufactures have already developed test cars capable of driving autonomously, with Volvo and Tesla at the forefront of this new technology.

Anything that can assist in making the roads a safer place is to be encouraged. Autonomous technology will be able to prevent a motor vehicle from being driven erratically or at speed, which should lead to fewer accidents.

Another benefit to having autonomous cars would be fuel efficiency. With no human intervention, the cars will optimise fuel efficiency by not breaking or accelerating erratically.

Currently there are five levels of autonomous driving.

Who is to blame when it all goes wrong?

There are many concerns with autonomous cars. Most surround the technology and the input required by the driver. Big questions fall around the safety of other road users and how the cars will handle the unexpected.

The question is, who is responsible if an accident occurs? Is it the manufacturer of the car or is it the driver themselves? At all levels of autonomy, except for level 5, the driver should always be alert and ready to step in at any point.

The algorithms for the cars sensors that determines what the car will do in an emergency is pre-set when the cars programme is created.  It is very much an ethical headache when it comes to deciding who the responsible party is in a crash situation.

For a non-autonomous car today, if something mechanically goes wrong leading to a fatal accident, then the manufacture is liable if the car is found to be faulty. However, if it is seen that the driver has been careless then the driver is liable.

There have already been a number of cases where autonomous cars have been hacked causing the car to behave in unexpected ways. In these cases, it is not the manufacture or driver who is at fault, it is the hackers who are liable.

The UK Department of Transport currently suggests that liability for a vehicle driving in autonomous mode rests with the car manufacturer, but as soon as the driver has gained control of the vehicle, then the driver is liable.

Moving to the future

Only time will tell if fully autonomous vehicles really are the future. Judging by the levels of investment already committed, it seems fairly likely. Glass’s are already monitoring the different levels of autonomy available in the market today and how this affects second hand values and the way in which these vehicles are remarketed.

As the increased levels of autonomy become widely available and approved for use on public roads, Glass’s will continue to monitor the market to understand the level of acceptance of this new technology and value it accordingly.

Hybrids are likely to be a passing phase in car technology that will be surpassed by electric vehicles in a matter of a few years, predicts Glass’s.

The future is bright for bi-xenon and LED headlamps, says Glass's

Fleets considering cars with advanced bi-xenon or LED headlamps need to balance the potential cost of repair against the safety and residual value benefits they bring.