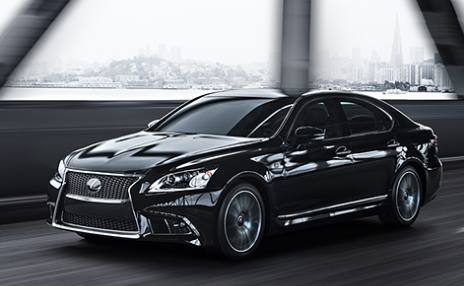 The new Lexus LS is as sharp and distinctive as its predecessor was dull and anonymous, and while this can be a risky strategy in a sector dominated by mainly conservative designs, it could play to the company’s advantage.

The latest model, unveiled as the LS 500 in Detroit, is expected to be offered with a petrol electric hybrid powertrain also used in the new LC coupé.

The hybrid version, expected to be announced later this year, is likely to be competitive with V6 diesel luxury saloons on CO2 emissions, and unlike them, will not carry a 3% supplement on BIK tax.

The LS has already won an award for its interior design, and will be packed with technology, including Lexus Safety System+ with pedestrian detection and active steering. And Lexus CoDrive semi-autonomous driving technology also makes its debut on the LS.

The car should also be spacious, extremely refined and comfortable, with the wheelbase slightly longer than the LWB version of the current LS.