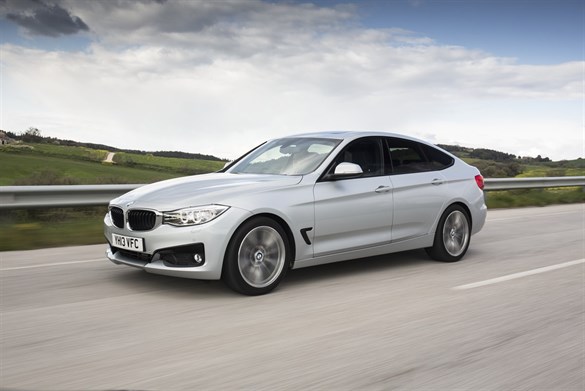 Long gone are the days when a manufacturer of upmarket cars could survive with two or three model ranges.

A combination of exploring various niches together with the increasing popularity of premium badge cars has led to a proliferation of models from BMW, Audi and Mercedes-Benz that have made it harder for mainstream brands to compete.

Some of the biggest-selling cars have moved away from five-door hatchbacks in favour of saloons because of the perceived ‘premium’ image associated with them. Citroën, Mazda and Toyota are among those that have produced D-sector saloons at the expense of hatchback derivatives.

But we have seen premium brands begin to encroach on hatchback territory. The cars are not called hatchbacks, of course. This would give them too much in common with the mainstream products whose drivers they have become increasingly dependent on for sales.

The Audi A5 Sportback was the first of these products – distinguished from the A4 range by its A5 badging and called a Sportback to describe its five-door ‘coupé’ design. Now BMW is offering its interpretation of a more practical and stylish variant in the 3 Series range with the Gran Turismo. 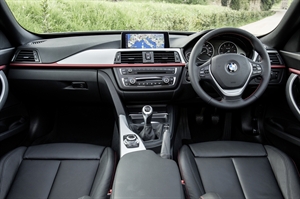 But more than a hatchback, BMW would argue that its longer body than the saloon and Touring, as well as more legroom liberated by its longer wheelbase, makes it stand out as a practical coupé.

And there is a certain sleekness to the car befitting of a coupé. The front three-quarter and rear three-quarter views make it look far more elegant than in profile.

It’s a proper five-seater and with the rear seats folded it has more outright luggage volume than a 3 Series Touring at 1,600 litres.

The engine offers good acceleration and is exceptionally quiet. 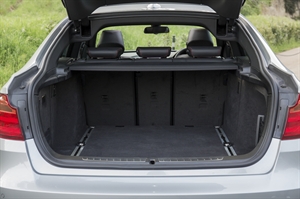 From behind the wheel, the Gran Turismo feels very much part of the 3 Series family with the same clear instrument layout and high-quality materials, but its elevated driving position takes away some of the sporty character.

However, it still has all the main attributes of a 3 Series on the road offering responsive reactions and a fairly comfortable ride even on the optional 19-inch wheels with run-flat tyres of our test car.