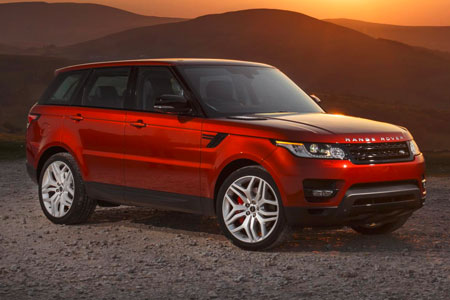 The new Range Rover Sport looks even better in the flesh than it does in photos; a scaled-down version of the Range Rover with added attitude.

It is available in a wide range of colour schemes, including a fetching tri-colour interior trim combination.

That everything is beautifully fitted and looks, and feels, suitably expensive, goes without saying.

It is also up to 420kg lighter and 25% stiffer than the old one, despite being longer, which does wonders for its agility, efficiency, performance and ride.

You sense this wasn’t an easy journey, though; the ‘proper’ Range Rover might yield its underpinnings in the name of manufacturing efficiency but just 25% of its architecture remains unchanged.

It’s a good job the senior accountant on the project is also an engineer...

The Range Rover Sport’s dynamic ability is astonishing. Its poise, ride, and an uncanny absence of noise, vibration and harshness never fails to impress. Its ultimate limits may be slightly lower than some of its rivals, but it is controllable and predictable at the limit, which is more important to most of us than outright grip.

We drove the 5.0-litre supercharged petrol-engined version, which is a hoot, of course, but of little relevance to UK buyers, most of whom will opt for the 292bhp SDV6 diesel, at least until the lower-powered (and cheaper) TDV6 becomes available.

The SDV6 offers a top speed of 138mph and a 0-62mph time of 7.2 seconds, which is as much performance as anyone really needs, especially as you should get up to 37.7mpg.

Yet the on-road dynamics haven’t been made at the expense of off-road ability. Around Eastnor Castle’s off-road routes we didn’t need to touch the Terrain Response dial as the car correctly identified the surface conditions and made all necessary adjustments automatically.

Its rough-country ability is astounding and is accomplished on standard-fit mud-and-snow tyres that also perform well on tarmac.

It’s not perfect; the eight-speed ZF automatic gearbox can be a bit tardy changing down and the sat-nav froze at times.

It would be a mistake to judge the Range Rover Sport as a result of any of its individual accomplishments, even if some of them are remarkable, because it’s the breadth of its abilities that makes it the new default option in its class.