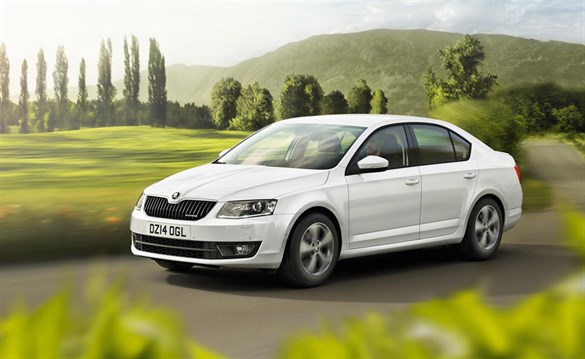 Not so long ago, coaxing the family car to make the most of every gallon called for drivers to accept considerable compromises in performance as low powered engines struggled to cope with high gear ratios.

One of the front runners in this respect is the new GreenLine version of the Skoda Octavia. Even though it features tall gearing and a remarkably high overdrive sixth ratio that produces relaxed and subdued cruising, this is an enjoyable performer on all roads.

And after more than 10,000 miles on our long term test fleet, the third generation version of Skoda's most successfrul eco warrior has proved to have gilt-edge credentials when it comes to fuel-stretching capability.

Driven more on long journeys than short trips, the car has spent a lot of time on motorways where heavy traffic or roadworks (or often both) have resulted in cruising at under 2,000 revs in top – the optimum rate for economy.

But despite carrying all manner of loads in a variety of weather conditions and in temperatures of up to 36C, it has recorded readings from the high 50s to the mid-70s to return an average of more than 67mpg – and while test consumption has never reached the official 88mpg figure, the overall result is nonetheless impressive and would do credit to a supermini.

As well as being surprisingly fuel-efficient, the GreenLine ticks many other boxes in offering high-value business and family transport. Thanks to generous proportions, it has plenty of space for five and their luggage in a versatile package.

Its hatchback bodywork is finished to a high standard and is well equipped to keep its driver happy – and feeling more than a little smug as the economy average read-out figure on the infotainment screen just keeps on rising...