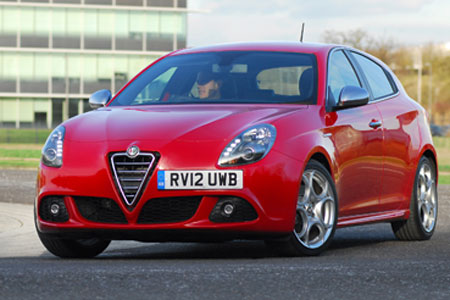 For many years Alfa Romeo has built striking cars – among the best looking on the roads – but has failed at many other levels, whether dealer backup, reliability, fleet support or running costs.

But the latest generation of Alfas seem far more robust and, with a revamped dealer network, more focused fleet team and the adoption of the latest efficient engine technology, it is no longer a big risk to allow drivers to choose an Alfa Romeo.

Our reason for revisiting the Giulietta recently was the inclusion of a new automatic gearbox.
But this isn’t a conventional torque converter transmission, it’s a dual-clutch manual like Volkswagen’s acclaimed DSG.

Developed in-house by Fiat Powertrain, the six-speed gearbox allows lower CO2 emissions than with manual variants using the same engine, and seems capable of some kind of miracle as there is a very near parity between petrol and diesel CO2.

It means that with the 3% supplement on BIK tax for diesel putting the JTDm two tax bands higher, combined with the P11D price premium for the diesel, the petrol offers a cost advantage in terms of a driver’s tax liability and an employer’s National Insurance Contributions.

Although the diesel is projected to have lower fuel bills, a higher pump price closes the gap with petrol, while the heavier depreciation of the more expensive diesel version also makes the MultiAir the cheapest to run overall.

But these cars aren’t intended to fight each other, rather to lure drivers away from the upper mid-range Volks-wagen Golf and Audi A3.

It had been a year since I last tried a Giulietta and it’s easy to forget what a good car it is. It might not have the interior finish of an A3 or the all-round competence of a Golf, but it can’t be faulted for design flair and it certainly feels good to drive.

The six-speed TCT gearbox (Alfa says seven is not necessary for performance/emissions reasons for now, but it could produce a seven-speed version if necessary) provides rapid yet smooth changes, although the car’s DNA chassis/performance settings can give it more of a Jekyll and Hyde character.

The ‘dynamic’ D of the DNA is most responsive – and makes it feel more like an Alfa of old – but takes its toll on fuel consumption.