"Audi expects a quarter of all new A3s sold in the UK will be powered by its new TFSIe plug-in hybrid engine." 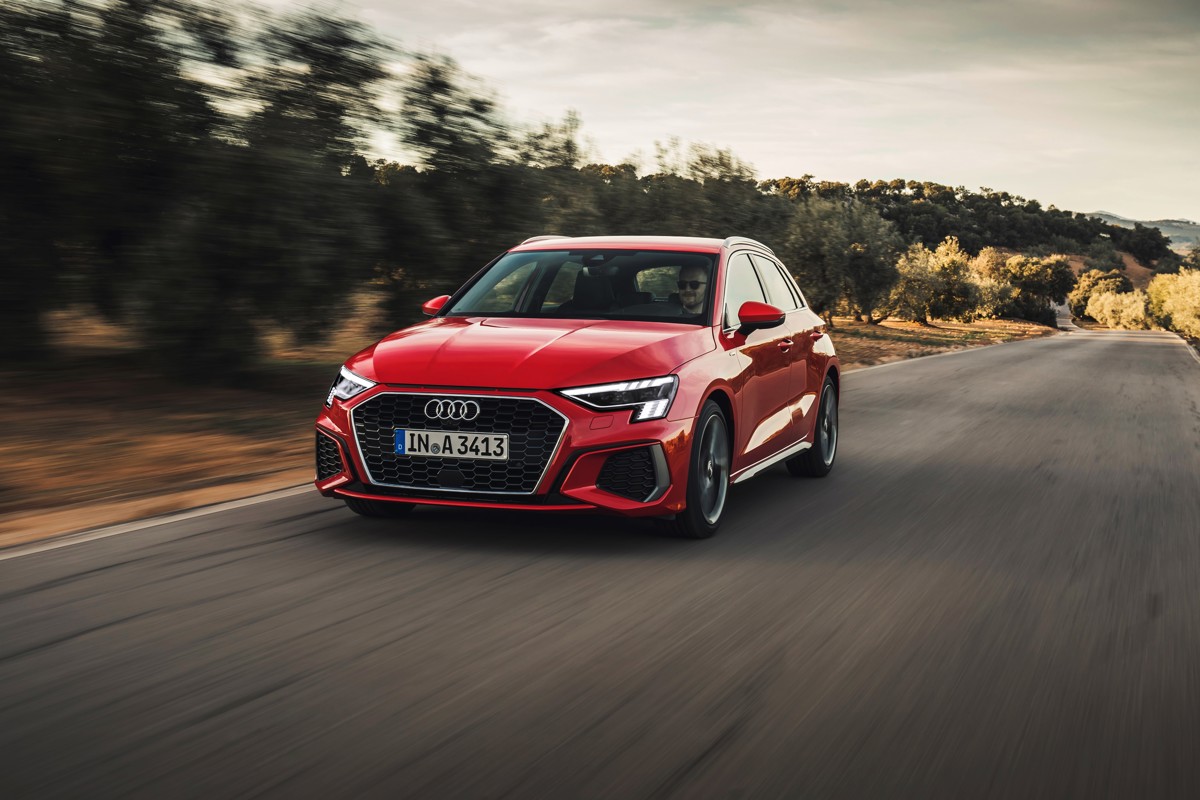 The Audi A3 enters its fourth generation, building on the bolder styling of the smaller A1. That design is enhanced further with greater differentiation between specification grades.

It is now 30mm longer and 18mm wider than before with more headroom and elbow room in the front and rear. Sportier S Line models include ‘Sport’ suspension, that reduces the ride height by 15mm.

Boot space stays at 380 litres – matching the BMW 1 Series and 10 litres more than the Mercedes-Benz A-Class can hold. With the rear seats folded, the A3’s capacity increases to 1,200 litres and a shallow load lip makes it easy to lift bulkier items in and out.

This A3 features a more driver-focused layout. A 10.25-inch ‘Virtual Cockpit’ digital instrument display is standard, with a larger 12.3-inch version optionally available. All models get a 10.1-inch touchscreen display for the infotainment system. Overall, there is a high quality to the cabin’s finish. 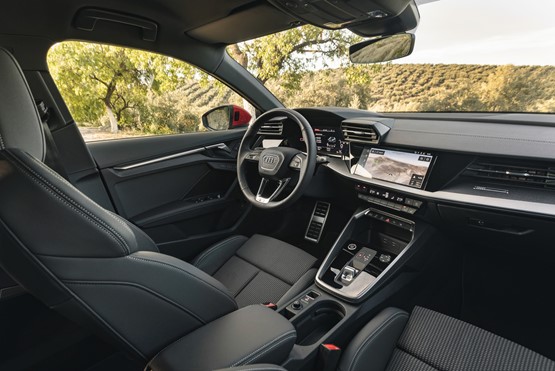 Audi expects a quarter of all new A3s sold in the UK will be powered by its new TFSIe plug-in hybrid engine, a significant uplift on the 1-2% annual sales the previous e-tron model achieved.

Offered in two versions: the 204PS 40 TFSIe and the sportier 45 TFSIe with 245PS, both package a 13kWh battery pack and electric motor alongside a 1.4-litre petrol engine.

The powertrain is widely used across the VW Group’s plug-in range and enables the new A3 to achieve a benefit-in-kind (BIK) tax band of 7% in certain trims.

Drivers can choose to drive the car in ‘EV mode’, which the car defaults to every time you start it, or hybrid mode, where the engine does the bulk of the work to preserve charge.

Audi claims a zero-emission range of 40 miles per charge for cars with 17-inch alloy wheels (optional on the S Line). Our experience showed 30 miles to be more realistic in the real-world.

Fuel consumption of more than 50mpg should be easily achievable when operating the car in hybrid mode. We averaged 55mpg during our testing.

The powertrain offers potent acceleration, with 0-60mph taking less than eight seconds in the 40 and 6.8 seconds in the 45. Drivers can expect instant torque from the electric motor, while the six-speed auto can be a tad laggy at bringing the petrol engine into the mix. Switching the car to sport mode gets things moving more swiftly.

Entry-level A3's are powered by a 110PS 1.0-litre three-cylinder, known as the 30 TFSI. We liked the mild hybrid A3 35 TFSI model with its 150PS petrol engine. Aside from lacking in brake pedal feel, it’s smoother during start-stop, and the battery enables the engine-off coasting for short periods to save fuel.

The 35 TDI, powered by a 2.0-litre turbocharged four-cylinder engine that produces 150PS, is also impressive. You can expect up to 56mpg and CO2 emissions from 118g/km. The power delivery is smooth with plenty of performance thanks to its 360Nm torque output, while the S Tronic automatic transmission offers near-seamless gear changes.

We expect the 116PS 30 TDI version to also be popular with fleet users as it has lower CO2 emissions, starting from 118g/km, and fuel economy up to 62.8mpg.

Aside from slower acceleration there is little to fault with this engine. Its manual gearbox has a positive action with gearing designed for economy; it should suit most buyers as it can be frugal over longer journeys. We drove this with the standard suspension, which includes a torsion beam rear set-up (the 150PS version gets a multi-link design) and found it to ride well and offer plenty of composure on a variety of road surfaces. Optional adaptive suspension operates over a broader spectrum between suppleness and firmness in its sportier modes.