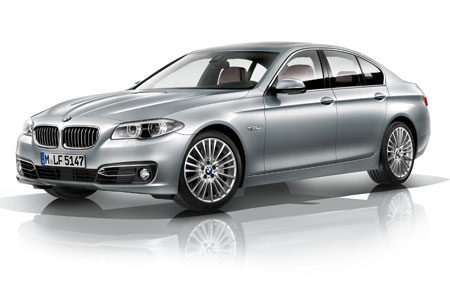 BMW has deleted the Efficient Dynamics model from its 5 Series range after a number of mid-life enhancements cut the emissions of the big-selling 520d.

This 184bhp 2.0-litre diesel model accounts for the majority of 5 Series sales to UK fleets and emits just 119g/km in both manual and automatic transmissions, the same as the outgoing Efficient Dynamics model. Combined fuel efficiency is 62.8mpg.

Styling tweaks have improved aerodynamics to the wheel arches, under-body panelling and front bumper, which has cut the drag factor on the car.

All diesel 5 Series also come with either a NOx storage catalyst or an SCR catalytic converter, which ensure they meet Euro6 emissions rules more than a year ahead of their introduction.

Ian Robertson, BMW board director for sales and marketing, said: “Efficient Dynamics still underpins our communications strategy but now it’s about moving to the next level with our i brand.”

However, he added: “We will continue with Efficient Dynamics models, just not on the 5 Series.”

Consequently, BMW expects it to pull some sales away from the 520d (although it will remain the biggest seller), as well as giving it a more competitively-priced model against its German rivals.

Prices have increased by a couple of hundred pounds across the board, but have been offset by improved equipment levels which include, as standard, digital radio, xenon lights, leather and Business Navigation.

ConnectedDrive, which makes the car “a mobile office”, according to Robertson, is now a menu-based option, with prices starting at £490. Drivers can pick and choose between the various features they wish to buy.

New elements include a dictation function which can store notes or send them by SMS/email. Emails, appointments, contacts and notes can be displayed on the cockpit’s central screen, preferably while the car is stationary.

Surprise and delight equipment includes the optional Comfort Access system. Not only does it allow the boot to be opened hands-free, a movement of the foot under the rear bumper will close it as well.

Tweaks to the interior have improved actual and perceived quality, benefiting the cabin experience, although the number of dashboard/central console buttons and switches – something the iDrive system was supposed to minimise – is high. Initially, it’s a confusing jumble.

To drive, the 5 Series remains the best car in its class. Superb engines, excellent road-hugging abilities and greatly improved comfort offered by the multiple chassis settings make it a peerless driver’s car.

Meanwhile, the new 518d takes costs down an additional notch, to 41.34p per mile.