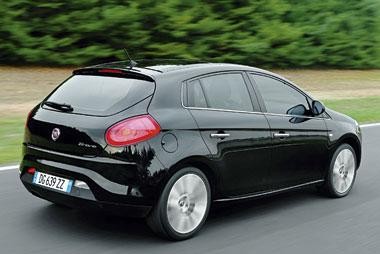 Fiat is all set to cut fleet operating overheads with a new engine that uses less fuel and costs less to maintain.

Fitted in a fresh version of the Bravo hatchback, the Italian firm’s latest MultiJet turbodiesel engine returns more than 62mpg average economy and will come with service intervals stretching an impressive 21,750 miles.

But despite holding the promise of providing a dynamic proposition for fleet users and private drivers alike, the money-stretching model will not carry badges that identify it as eco transport.

Fiat Automobile chief executive officer Lorenzo Sistino said: “We have to act in the face of growing concern for the environment, constant growth in oil prices and the linking of car taxation to CO2 emissions across most European markets.

“It is inevitable that operating economy and emissions have a major bearing on our product market.”

Unveiling the new model in Turin, he added: “Sales of the Bravo are running well ahead of target, but I believe our development of this engine significantly improves the competitiveness of the car.

“Coupled with such high fuel economy, the longest service intervals in the sector present us with an outstanding proposition – we are hoping it is a factor that will prove to be a key buying motivator for corporate customers.”

The 105bhp MultiJet model will save the cost of one full service over 60,000 miles and could trim maintenance costs by up to 2%, the firm claims.

But exhaust emissions of just 119g/km – among the best so far in the sector and low enough to meet the stringent Euro V regulations two years early – also hold the promise of significant potential reductions in taxation for company drivers.

Due here in March, the 16-valve eco challenger will be joined by another 1.6-litre MultiJet model.

Developing 120bhp, it will replace the current 1.9-litre, eight-valve Bravo because it offers better performance while using 8% less fuel.

Fiat UK has yet to confirm specification details, but both 1.6-litre models will have six-speed manual gearboxes as standard.

In either form, the new MultiJet is the top performer in its class and with 90% of torque on tap from as little as 1,400rpm, it’s easy to see why.

Each version is geared to produce around 30mph per 1,000rpm in top, making for a relaxed demeanour in main road cruising.

Both cars have a smooth flow of power and the 105bhp model is nimble through the gears, spinning freely to make a pleasant noise at high revs in intermediate ratios.

Delivering record torque for engines of up to 200bhp, the 120bhp unit matches the existing 1.9-litre engine in benchmark acceleration but uses a variable geometry turbo to be four seconds quicker from 50mph to 75mph, allowing safer overtaking.

In each car, travel is noticeably more subdued at all speeds but figures show a 5% improvement at 80mph thanks to engine shielding, thicker side glass and a high-insulation windscreen.

Fiat wants to be seen as the car firm with the best environmental credentials and its new MultiJet diesel technology is a big step in the right direction.

As well as reducing costs, this Bravo is also better to drive than before and is a viable fleet competitor.