IF you’ve ever had the fortune to go to Blackpool Pleasure Beach, a faded repository for the funfair rides of Britain’s seaside holiday heritage, you might have seen a ride called the Wild Mouse.

It’s a rickety-looking wooden rollercoaster using bathtub cars that seem to totter on their rails, built in a time when Britain was 1-0 up in World Wars. To go on it I reckon you’d have to be on a candy-floss, sugar-soaked high.

So if you like to keep your feet firmly on the ground but want the same squeaky thrills, you could do worse than drive the new 100bhp Fiat Panda, which looks rather like the Wild Mice, and scoots about like them too.

What a good little car the Panda is. There’s plenty of deceptive space in such a small body and throughout the range it is priced well and is a fun drive.But with a 1.4-litre 100bhp engine in it, the Panda becomes even more endearing. 0-62mph is dispatched in less than 10 seconds and the suspension has been stiffened by 25% to ensure it corners like it’s on the Wild Mouse’s rails. 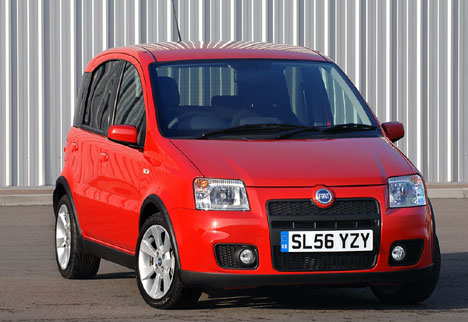 It changes direction with barely any encouragement and seems to really enjoy whizzing about, with the compact six-speed gearbox making the most of its power. Fiat hopes this car will attract younger drivers looking for fun and value for money.

For the measly sum of just under £10,000, it comes with leather steering wheel and gear knob, automatic climate control, Bluetooth phone connectivity and a Sport button. This makes the throttle more sensitive and weights up the steering, which actually just dulls the feeling of the already sprightly drive and makes the car feel heavy, so it’s best left alone.

Like most rollercoasters, this is all rather fun for a while. But then I found that I wanted to get off. The tyres are a biggish 15-inch and even start to ‘tramline’ as they follow the contours of the road. The suspension is amazingly stiff for what is effectively a city car, to the point that it made my back hurt as it treated every depression in the road as a pothole. And going up a speed bump feels like you’ve hit a solid kerb. My toffee apple would not have stayed down.

It has also got uprated front disc brakes, which do a great job of stopping you at speed but at slower speeds act like an on-off switch. They are far too strongly servoed and fling you forward in your seatbelt the first few times until you learn to be really sensitive with your right foot.

So it has its faults, the Panda 100HP, but then for less than £10,000 I can’t help thinking it’s rather a lot of fun, and as the Panda has always been a well-packaged car as well you’re getting a lot of car for the money. 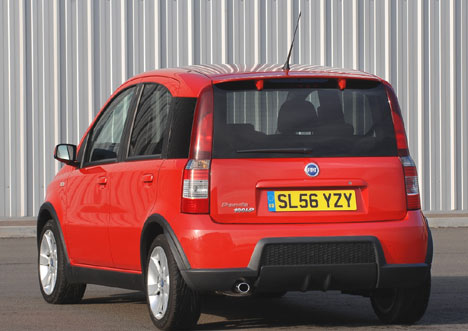 But if, like me, your days out are more likely to end up at National Trust houses than theme parks, it might be a little too manic an experience for comfort.