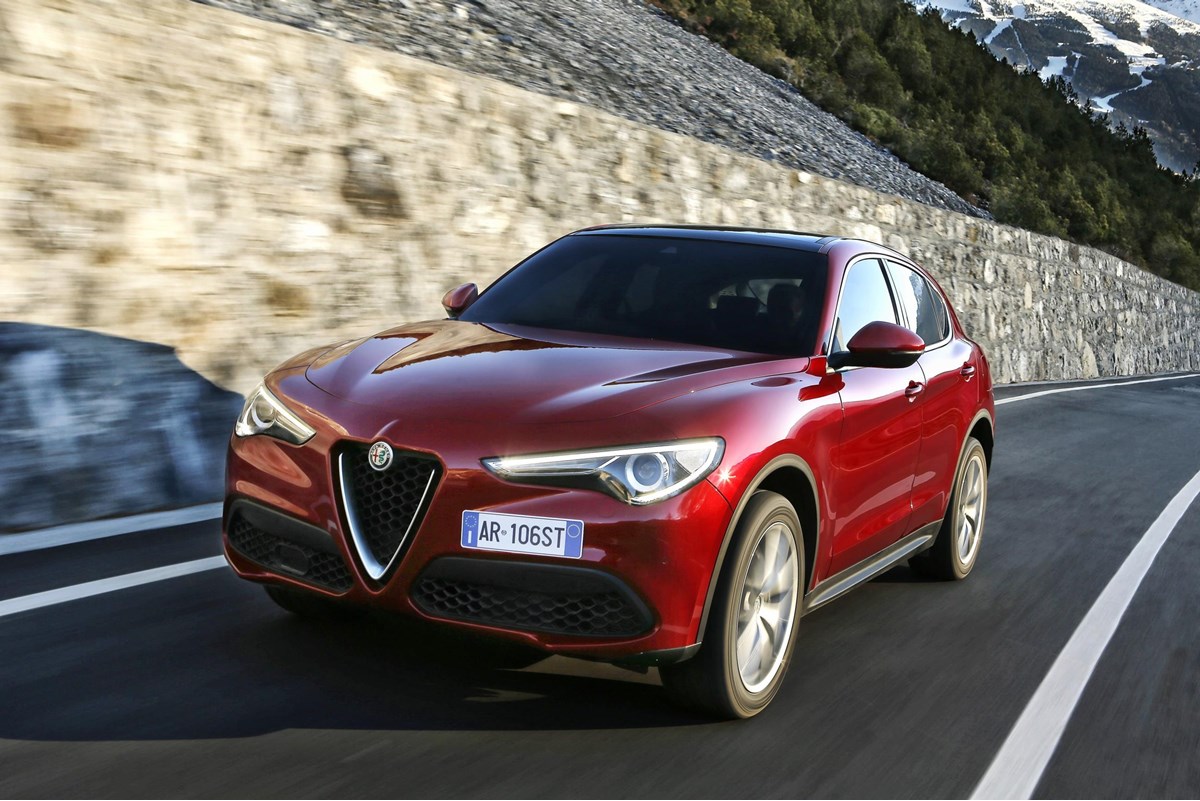 Alfa Romeo’s recent return to the user-chooser sector with the Giulia saloon has been boosted by the launch of the new Stelvio SUV.

The manufacturer’s first model in this sector presented it with a challenge: having an SUV has become essential for sales growth; Alfa Romeo has a long heritage of sports saloons and sportscars. The car needed to be attractive to SUV buyers, but also retain the characteristics – particularly styling and the driving experience – that make Alfas appealing.

The competence of the Giulia saloon – a realistic alternative to a BMW 3 Series, Audi A4 and Jaguar XE – bodes well for the Stelvio, and signifies that the next few years could see a long-awaited resurgence of the Alfa Romeo brand in the corporate sector.

Customers will be able to choose from a rear-wheel drive 180PS 2.2-litre diesel, and Q4 all-wheel drive models including a 210PS version of the diesel, and 200PS and 280PS 2.0-litre petrol variants.

We tried both the 210PS diesel and the 280PS petrol, and the figures for both look promising. The most powerful diesel variant, equipped with all-wheel drive and eight-speed automatic transmission, has CO2 emissions of 127g/km and fuel consumption of 58.9mpg on the combined cycle.

These are an improvement over what’s currently offered by the Jaguar F-Pace, BMW X3 and Mercedes-Benz GLC. We expect the 180PS diesel to match or better these figures when data is released. The 280PS petrol version achieves 161g/km and 47.9mpg on the combined cycle.

The carmaker said the Stelvio was about creating an SUV that still drives like an Alfa Romeo. The steering is direct, while the all-wheel drive system has a rear bias, with up to 50% of torque being sent to the front wheels when required.

It felt exceptionally responsive on the twisty Alpine roads of our test route, easily dispatching repeated hairpin bends with barely half a lock of steering and an impressive lack of body roll, while the eight-speed automatic transmission and flat torque curve of the 2.2-litre diesel (more than 345Nm of torque is available between 1500 and 3000rpm) ensured it almost catapulted along the next straight stretch.

The entry-level Stelvio will have a 6.5-inch dashboard screen, DNA drive mode system, a central TFT info screen between the speedometer and rev counter, and start button on the steering wheel. Alloys are 17-inch on this model, with fabric seats. Safety systems include lane departure warning, forward collision warning and autonomous emergency braking with pedestrian detection.