"Four trims are offered, but the diesel is only available in the top two, with P11D prices starting at £25,910. And this is the real sticking point for the Korando, it’s a tad too expensive to be competitive" 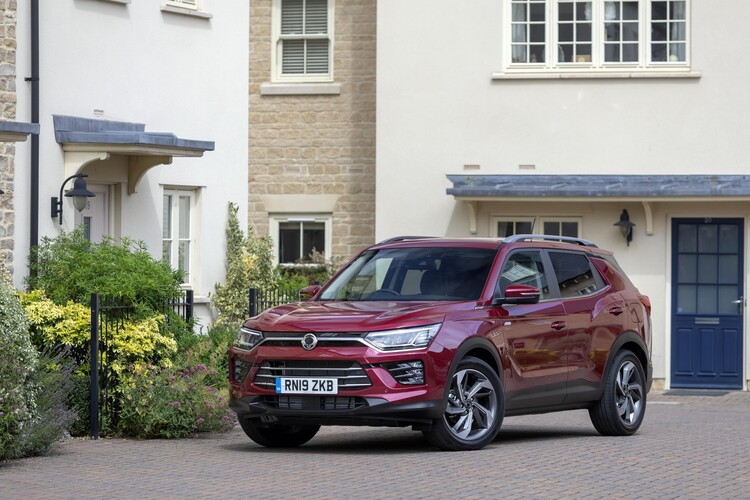 Korean brands seem to have a knack for winning British motorists over with cut-price models then producing a raft of vehicles that get the established European brands quaking in their boots.

SsangYong seems to be powering through that journey; first updating its rough-and-ready Musso into a desirable pick-up and then showcasing its technological expertise with the new Rexton.

The Korando is possibly the brand’s most important model to get right. It’s entering the fold to battle the mighty Nissan Qashqai and VW Tiguan, to name but two.

Its design is clearly inspired by the aforementioned models, although – in true SsangYong tradition – it retains some slightly quirky proportions.

Compared with most models in the segment, the Korando maintains a fairly squared-off profile, a move that helps to maximise interior space and visibility. 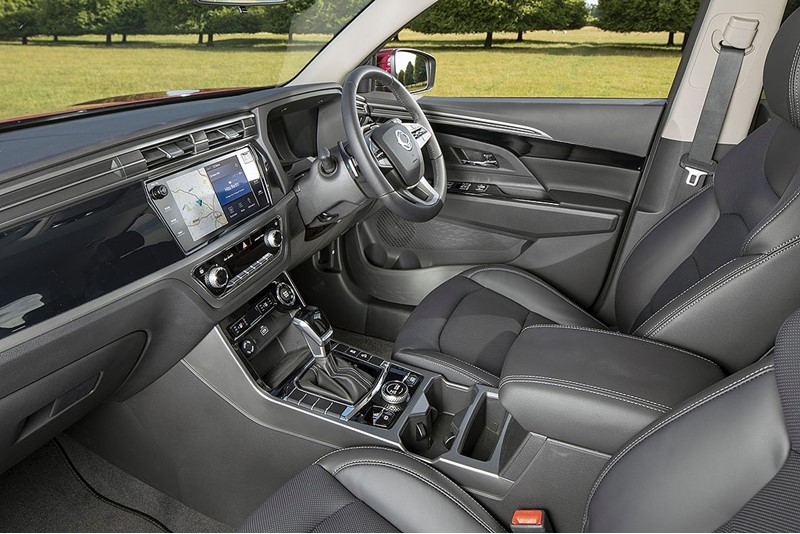 Brand snobs will be most surprised by the Korando’s interior, which – on higher spec models at least – puts most of the segment to shame.

The neatly styled dash houses a crisp eight-inch touchscreen and there’s also the option of a digital instrument cluster that is fully customisable.

Most of the plastics and materials used in the cabin are of a high quality and all the touch points, such as the switches, have received extra attention to make the Korando feel a bit more special than most run-of-the-mill crossovers.

There is still some work to be done when it comes to driveability, but we don’t expect that to be a key criterion for many drivers looking at models in this segment.

The Korando rides very well, but this comes at the expense of agility. The steering is vague and things feel a bit sloppy when you start to press on. It’s best on the motorway where there is decent refinement, albeit plagued by a little too much tyre noise to be a class leader.

Only two engines will be offered initially: a 1.5-litre petrol and a 1.6-litre diesel. An EV version is expected to launch next year.

We’ve only driven the diesel. It comes exclusively with an automatic gearbox, develops 136PS and is available with two- or four-wheel-drive.

The most frugal model has disappointingly high CO2 emissions of 144g/km and a combined mpg figure of 48.7.

It’s unlikely the 1.5-litre turbocharged petrol unit will improve on these figures, but they are yet to be published.

The dirty exhaust isn’t the by-product of neck-snapping pace either; with a 12 second 0-60mph time the Korando sits at the slower end of the market.

Four trims are offered, but the diesel is only available in the top two, with P11D prices starting at £25,910.

And this is the real sticking point for the Korando, it’s a tad too expensive to be competitive. The range-topping Ultimate with all-wheel drive is almost £32,000. While it comes with plenty of equipment, such as ventilated leather seats and a powered tailgate, the BIK will simply be too high for most drivers to stomach.

SsangYong has done an excellent job in developing the new Korando and it paves the way for a future of impressive models. But, until the EV version comes along, the numbers just don’t stack up against something like the Škoda Karoq.

The SsangYong Rexton Ultimate is a proper, tow a trailer or caravan 4x4 workhorse with no SUV pretensions, as Tim Rose discovers.