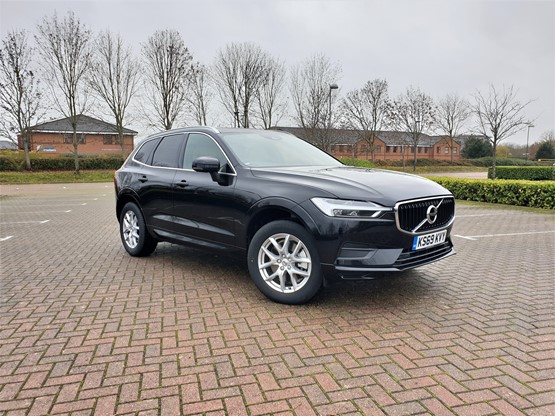 A little later than expected, I have now finally said farewell to our Volvo XC60 long-termer, having swapped into a Škoda Superb.

The XC60 remains on our fleet, though, just with another lucky team member. And, I say lucky with heart-felt emotion. The big Volvo will be missed by the Briers family; despite a few niggles documented in previous reviews and one visit to the local dealership, it’s been a highly enjoyable experience.

Yes, we would’ve liked a reversing camera, but with a decent information/entertainment and sat-nav system, it met the majority of our needs.

This is, indisputably, a premium car, justifiably going head-to-head with the likes of the BMW X3, Audi Q5 and Land Rover Discovery Sport.

Efficiency-wise, the XC60 put in a decent stint over our near seven-month test, averaging in the low 40s, but capable of sneaking into the mid- to high- 40s with a light touch and uninterrupted driving – bang on the WLTP combined fuel efficiency range.

The automatic transmission was a little sloppy at times but, hey, it’s an SUV not a sportscar, so this is forgivable.

From a company point of view, the XC60 puts in a strong case cost-wise against its main competitors, helped by the frugal fuel consumption. The residual value forecast lets it down a little, but is possibly a bit understated – there’s no reason why this car can’t mix it up with the best in the used market, especially as Volvo’s stock is most definitely on the rise.

If you are in the market for a mid-size SUV, the XC60 should definitely be on your consideration list.

How does it stack up against rivals?

With the XC60 restricted to little more than a weekly three-mile round trip to Tesco during lockdown, it’s an ideal opportunity to crunch the figures against some of the mid-size Volvo’s main competitors.

While the Kia, Land Rover and VW range from 12.4 pence per mile to 12.75ppm on fuel, the Volvo is a competitive 10.79ppm, while the BMW leads the way on 10.59ppm. Note, though, that the rival models are all-wheel drive; the XC60 is front-wheel drive.

Combining fuel costs and depreciation with service, maintenance and repair gives the following running cost order: first place goes to the Sportage on 45.89ppm, helped by its low P11D and strong RVs. Next is the Tiguan (49.48ppm), the XC60 (49.83ppm) and Discovery Sport (50.2ppm), while bringing up the rear is the X3 on 51.07ppm.

Of course, while costs are important, they aren’t everything, and, for me, the two stand-out models in this list from a driver and family point of view are the Discovery Sport and XC60, with the former just shading it.

It seems that I’m not the only person to have fallen for the charms of Volvo’s latest models while forgiving some of their software glitches. A reader from north of the border got in touch to ask if I’d had issues with the voice recognition system.

I hadn’t, although I confess it isn’t one I have used much. However, our reader had been hit by a number of faults with the device on his S90 (another Volvo we’ve tested and loved).

It had been updated six times over the past three years with issues including turning off the heating without instruction, navigating home unprompted and misunderstanding instructions.

He wondered if other readers have suffered similar fates, but then added: “I enjoyed the car so much I have just bought it from the contract hire company despite the voice gremlins. Good value for money for a car with lots of safety whistles and bells.” 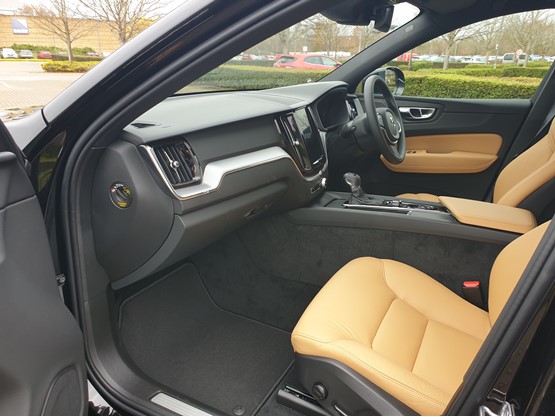 And that pretty much sums up our feelings. The XC60 is one of the safest cars on the road, EuroNCAP rated at five stars (adult protection at 98%, child at 87%, pedestrian at 76%), with extensive technology to pre-empt, prevent and mitigate crashes, which the safety organisation rates at 95%.

It offers pretty good efficiency for a sizeable SUV, with fuel consumption able to touch high 40s on a good run – the official WLTP figure is 42.4-47.9mpg – and settling in the low 40s on my daily commute.

Comfort levels are excellent, although the front seat could do with a touch more side support. However, I’ve taken down the lumbar support and found a more comfortable position for distance driving (refer back to review two in January).

The engine hauls the car around with ease – 0-62mph comes in 8.4 seconds - and handling is secure and competence, albeit not dynamic (but this is an SUV aimed at the family market).

It’s a winning combination, which helps to explain the impressive rise in fleet registrations last year, up 21.5% at 6,711, with an arguably even more impressive 13% rise in Q1 2020, a period in which the vast majority of models saw sales fall away.

We’ve suffered more software glitches since our last review, although this time they sorted themselves out without the involvement of our local dealer.

It began as I started the car to commute to work. The radio emitted an unpleasant kurch-kurch-kurch noise rather than the usual strains of Absolute radio (on brand with our parent Bauer, naturally) which, thankfully, went quieter when the sound was turned down.

In the office, a colleague reported that a rival fleet magazine had suffered a similar issue with its XC60 which resolved itself and, low and behold, at the end of the day, the gremlin had disappeared. Thankfully, it’s not returned since.

A less technical annoyance has continued, though – the cargo cover, which is very temperamental. It has three ‘settings’: closed, open and halfway – a raised position which partially blocks the rear windscreen but enables more luggage to be accommodated underneath.

Recently, the cover has been jumping from closed to halfway when shutting doors or driving over bumps. It’s not a deal-breaker but is tiresome when driving.

Despite these niggles, we’ll be sad to see our XC60 leave the fleet. For a big car, it returns a solid and consistent 40mpg, including on commute which is when average consumption on my test vehicles tends to drop markedly. It’s comfortable, drives well, looks good and is well equipped. 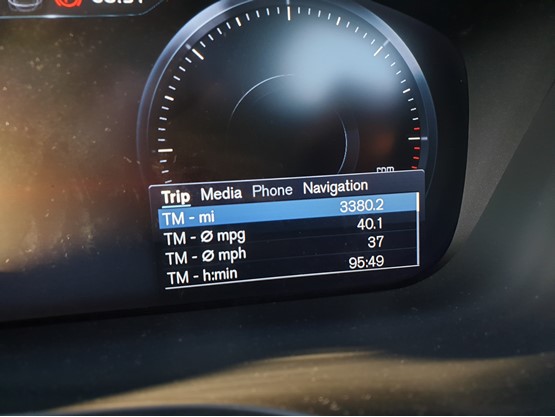 Our enjoyment of the Volvo XC60 has taken a slight knock due to some technical gremlins.

The latter meant that the auto-hold handbrake function had stopped working – a minor irritant. The first warning seemed more imperative, but both issues were quickly resolved by a simple software download. And, importantly, the airbag would’ve still inflated correctly if required.

Kudos to Marshall for its outstanding customer service. I completed a service form on its website and within 10 minutes an advisor had called me to book the car in. The job took around two hours, including complementary valet.

This is the second long-term Volvo that’s run into software issues: on our Volvo XC40, a message popped up saying ‘wiper failure – service required’ (September 2019 review).

Sometime between occurring and the car going to the dealership, the fault rectified itself, but the service department confirmed the glitch and remedied the problem.

Optional reversing camera would be welcome

Mindful that we have taken on an SUV at a time when environmental lobbyists are blaming their popularity for a rise in global CO2 emissions, I’ve been treating the XC60’s accelerator pedal with a little more respect than usual over the past couple of weeks.

Unfortunately, this coincided with a prolonged stretch of commuting – 17 miles of low speed, stop-start driving – where the Volvo is not at its best. Consequently, the average fuel consumption has dipped below 40mpg, at 39.6mpg.

With some longer runs anticipated over the next few weeks, I’m confident this will rise – early indications suggested that single journeys with steady motorway driving could result in mid-40s fuel efficiency. That would be an impressive return from a 2.4-tonne car and bang on the WLTP range of 42.4-47.9mpg.

Despite its weight and size, the XC60 isn’t unwieldy to drive, even in city centres. Steering requires only a light touch, and the car is surprisingly nimble on urban roads. 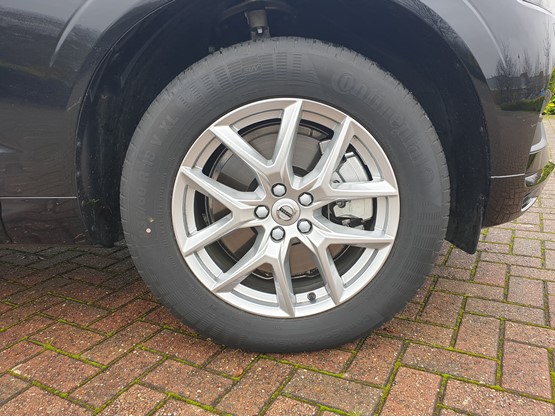 Set free in a rural environment and the ride wallows a little on ‘comfort’ mode; it only slightly tightens up in ‘dynamic’. Ride and handling are best described as competent, but a little unresponsive. Nevertheless, it’s a secure experience, complemented by the vast array of standard safety equipment, and is not likely to faze Volvo’s target user-chooser market.

You can also choose ‘eco’ mode which calibrates the powertrain and climate system for optimum fuel efficiency, but noticeably dulls the throttle response, and ‘individual’ for personal drive settings; the 4x4 version (ours is front-wheel drive) adds ‘off-road’ for driving on poor roads and in difficult conditions.

A couple of niggles: the XC60’s seat is not the most comfortable, causing some back discomfort despite the lumbar support. It’s an armchair of a seat and could do with better side bolsters to hold the driver in place.

And the rear parking sensor doesn’t have great noise progression, going from a steady, relaxed beat to frantic ‘imminent crash’ panic warning in a heartbeat. There seems little in between.

Thankfully, the continuous alarm sounds while there is still a fair amount of space between rear bumper and stationary object.

Having gotten used to reversing cameras on several previous test cars, this is a recommended piece of optional kit to consider when speccing the car. We’d certainly sacrifice the £450 dark tinted windows.

Volvo is a brand on the march. With a proud history of safety innovation, its cars are now seen as a credible premium alternative to the German brands, while UK fleet registrations have doubled over the past decade.

The XC60 has continued to add to Volvo’s reputation, winning a Fleet News Award in 2015. The second-generation model, on a four-month test with us, was launched in 2017 and added to the mix high quality materials, an extensive list of safety equipment and improved technology.

Our test model is the D4 with front-wheel-drive, the most frugal diesel in the range and the one targeted most squarely at the fleet market.

The Momentum trim, described by Volvo as ‘premium’, is one of three: R-Design is ‘sport’ and Inscription is ‘luxury’.

Momentum includes as standard a nine-inch touchscreen with sat-nav, voice activation control, Volvo On Call with remote control via an app, including tracking, city safety with steering support, front collision warning with AEB, lane mitigation to prevent the vehicle drifting out of lane and run-off road protection, which tightens the seatbelts if the car leaves the road. 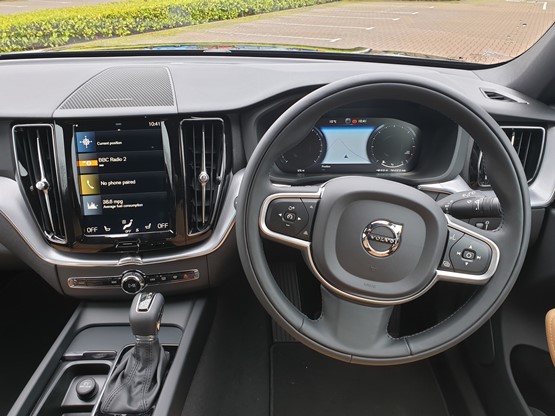 Initial impressions are good – the drive is decent and the engine, while a little growly, is responsive. We’ll report more thoroughly in the next review.

Volvo's flagship XC90 has been given a bigger battery but still falls short of mpg claims.