What is WLTP and RDE?

The Worldwide Harmonised Light Vehicle Test Procedure (WLTP) laboratory test is used to measure fuel consumption and CO2 emissions from passenger cars and vans, as well as their pollutant emissions.

The WLTP is based on real-driving data, designed to better match on-road performance.

Because of all these improvements, WLTP will provide a much more accurate basis for calculating a vehicle's fuel consumption and emissions.

This will ensure that lab measurements better reflect the on-road performance.

What is the difference between WLTP and the previous testing regime?

The previous test – the New European Driving Cycle (NEDC) – was designed in the 1980s.

Due to evolutions in technology and driving conditions it became outdated.

While the old NEDC test determined test values based on a theoretical driving profile, the WLTP cycle was developed using real-driving data, gathered from around the world.

Each part contains a variety of driving phases, stops, acceleration and braking phases.

For a certain car or van type, each powertrain configuration is tested with WLTP for the lightest (most economical) and heaviest (least economical) version.

WLTP was developed with the aim of being used as a global test cycle across different world regions, so pollutant and CO2 emissions as well as fuel consumption values would be comparable worldwide.

However, while the WLTP has a common global ‘core’, the European Union and other regions will apply the test in different ways depending on their road traffic laws and needs.

WLTP and the impact on fuel consumption

A car or vans fuel consumption performance will not change with new WLTP values.

The Worldwide Harmonised Light Vehicle Test Procedure will result in a higher g/km CO2 value for the same vehicle compared to NEDC because it is a more rigorous and longer test – meaning the WLTP will provide a better reflection of today’s situation than the NEDC.

The higher CO2 value does not mean increased fuel consumption, but rather a more realistic CO2 value due to the change in how the vehicles are tested.

WLTP and the impact on taxation

The move to the new WLTP test should not negatively impact vehicle taxation by increasing costs.

The vehicle’s performance is not affected by the transition to Worldwide Harmonised Light Vehicle Test Procedure. However, WLTP will result in a higher g/km CO2 value for a specific vehicle compared to NEDC, simply because it is more rigorous than the old test.

In the transitional period, some cars or vans in the market will only have NEDC-CO2 values, whereas the most recently approved will have both WLTP and correlated NEDC-CO2 values.

For example, as of September 2017 one car model might still have a value of 100g CO2/km using the old NEDC test, but a recently approved car might come in at around 120g CO2/km under the new WLTP test.

The cars are nearly identical, except one has the latest test results.

It is quite clear which one the consumer would choose if a country’s CO2-tax scheme were to remain unchanged. This would lead to a very anti-competitive situation in the market, and result in confusion for businesses and drivers.

Alongside the WLTP lab test there is also an accompanying emissions test known as the Real Driving Emissions test (RDE). The purpose is to make sure cars meet emissions limits in a range of driving conditions. An RDE test lasts between 90 and 120 minutes and take in a mix of 'normal' urban, rural and motorway driving.

There are two steps to RDE.

From September 2018, the Euro standard to which a new car has been certified will be shown on the V5c vehicle registration document and the online

'Get vehicle information from DVLA' service. 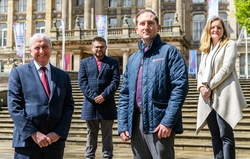 Birmingham City Council has launched a vehicle scrappage and travel credit scheme ahead of the opening of its clean air zone (CAZ) on June 1. 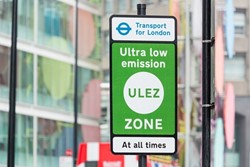 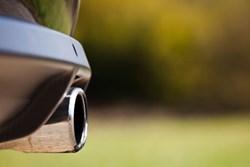