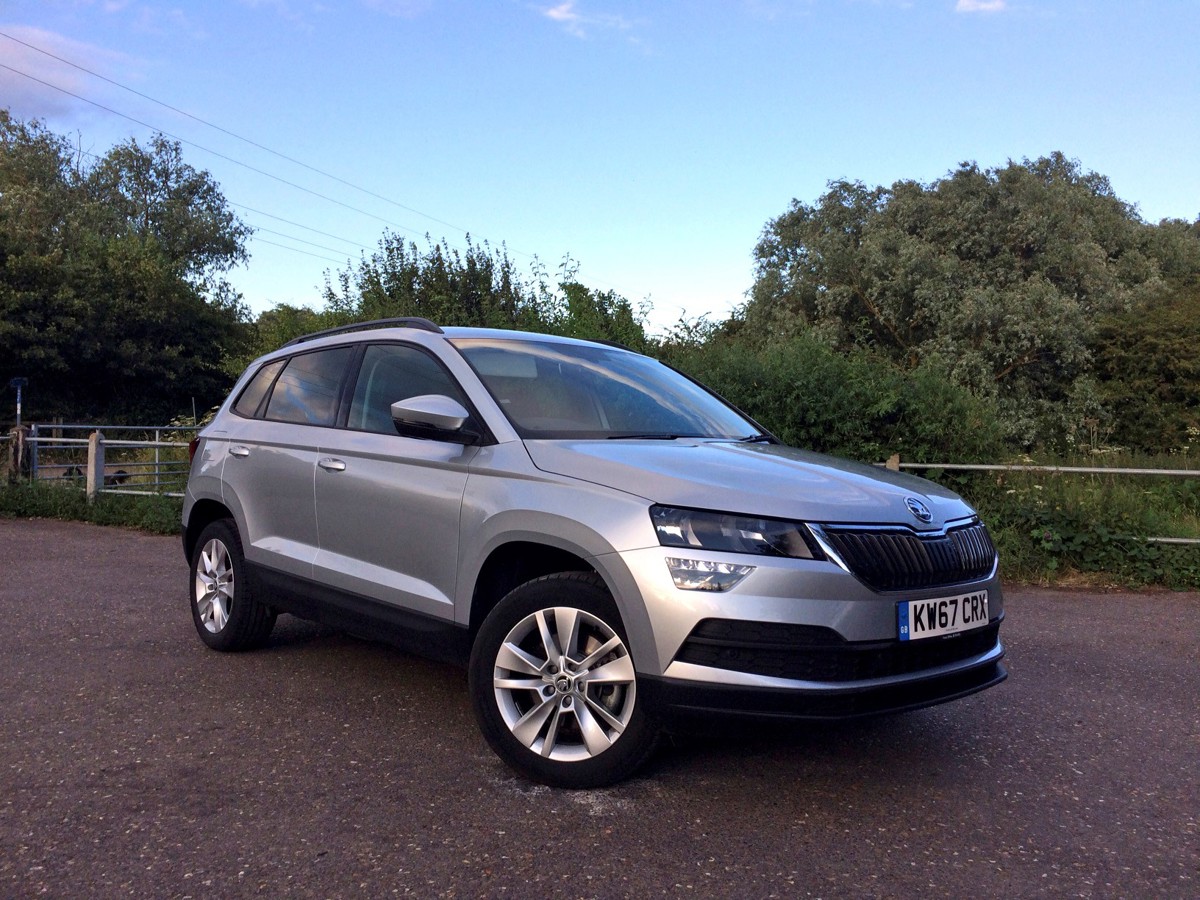 By the time you read this our Karoq will have returned to Škoda HQ after six months and 10,150 miles with Fleet News. The time has flown.

The Karoq is a good car, but for a private buyer, lacks anything to spark an emotional connection.

However, for a business purchaser, the Škoda ticks many boxes to make it a sound choice.

Our car has emissions of 120g/km, and a claimed combined fuel economy of 61.4mpg. Real-world fuel economy has struggled to get beyond 50mpg, although this is still a respectable figure.

The Karoq range offers a 1.0- and 1.5-petrol engine and a 2.0-litre diesel along with our 1.6-litre diesel. It is also available with two-wheel and four-wheel drive powertrains and a choice of six-speed manual or seven-speed automatic gearboxes.

The 1.6-litre diesel 2WD manual offers the best balance between power and running costs and is likely to be the popular fleet pick.

There are no gripes in the comfort and handling department, the car is agile, good to drive and has a decent turn of speed. The ride is comfortable and it feels relatively balanced when cornering.

The Škoda line-up has achieved record UK fleet sales (10,642 cars) in the first six months of the year with 1,300 Karoqs delivered.

How many people can you fit in car? In a previous role on a different magazine I managed to fit 12 girls into a Citroën Saxo but, according to the Guinness Book of World Records, 28 very flexible women will fit into a Mini.

A vehicle’s interior space is of great importance to me, not only for transporting humans (as my five-year-old son calls them) but as the owner of three classic vehicles the need to use my car in a van-like capacity to transport all kinds of vehicle parts large and small between my house, garage and bodyshop are plentiful.

Barely a month goes past without the need to carry a load of some kind and trips around the country to collect classic car eBay purchases are more and more frequent.

The manufacturer’s ‘seats flat’ load capacity is an important number for me and the Karoq fairs pretty well.

As with all my previous test cars, the Karoq has been put to use in this way most recently transporting freshly media-blasted classic Beetle panels to a nearby bodyshop.

Unfortunately, the Škoda’s rear seats do not fold to create a flat floor creating an annoying step up in the load space.

However, I can confirm it is possible to fit four Beetle wings, a bonnet and an engine lid into the back of the Karoq without needing to adjust the position of the front seats.

Another plus point is the smooth ride quality and handling which prevented the panels from crashing together and causing damage.

Over the past 5,000, miles the Karoq certainly seems to have loosened up and feels noticeable different in acceleration.

The manufacturer’s claimed 61.4mpg (NEDC) continues to elude me, although the car is returning a respectable indicated average of 51.7mpg – approximately 16% less than the claimed figure.

It's worth noting that the 2019 model year Karoq claims an even higher figure of 62.8mpg (NEDC Correlated) under the WLTP.

The Karoq has been put though its paces over the past month with a 1,000-mile return trip to France during the school holidays.

Comfort levels were surprisingly excellent with no travellers complaining of any aches or pains or lack of space and the boot space was more than adequate for two weeks’ luggage for four people.

The Škoda having only one USB charging point was a slight problem which caused electronic devices to be on constant charging rotation.

The only casualty of the trip was the rear number plate which is becoming detached from one side.

During a recent downpour two warnings appeared: ‘Acc sensor’ and ‘front assist sensor impaired’. Soon after they were gone and haven’t returned so, hopefully, just the sensors were momentarily obscured by water.

The Karoq is not an exciting car. I recently had opportunity to drive the Seat Ateca Sport, a long-termer with sister magazine, AM.

The Ateca shares its platform with the Karoq, but, by comparison, the Ateca has sharper styling and a firmer ride.

The current Škoda range has a more ‘grown up’ appearance with its large ‘moustache’ grilles. It seems like the design team may have taken some styling cues from the older characters in Disney’s animated movie, Cars.

Also, the Škoda reputation of old, which I though had long since been forgotten, still survives.

This was confirmed during a recent conversation with a friend who started retelling Škoda jokes from 30 years ago.

There may still be some badge snobbery when drivers are considering a Škoda.

But none of this means the Karoq isn’t a good car. Far from it. What it lacks in excitement it makes up for in practicality and useability.

Two small things have really impressed me from day one.

The first is the auto on/off handbrake. It is excellent. Why aren’t all electric handbrakes automatic?

The other is the centre armrest which adjusts for height and reach – fantastic for a high mileage driver.

Škoda has also introduced a ‘Simply Clever’ range of other additions to make the Karoq more useful.

These include an ice scraper in the fuel flap, a built-in umbrella under the seat, elastic straps in the door pockets for paperwork and a pair of locking picnic tables for rear seat passengers.

Launched in late 2017, this more conventionally-styled Yeti replacement goes head-to-head against established rivals such as the Nissan Qashqai and Kia Sportage and relative newcomer the Seat Ateca (with which the Karoq shares its platform).

Broadening its SUV range is a large part of Škoda’s strategy and the all- new mid-size SUV sits comfortably below it’s bigger brother, the Kodiaq.

The Karoq was voted best mid-size SUV at this year’s Fleet News Awards  with the judges saying: “The Karoq is good value and highly equipped with strong petrol and diesel engines.

"It is an excellent family car, stylish and competitive on costs. It does everything a mid-size SUV should do.”

Our model, the 1.6TDi in SE technology trim is aimed at business customers and focuses on driver connectivity, with higher specification above the SE trim included at no extra cost including sat-nav system with an eight-inch touchscreen display, gesture control and European mapping, voice control and integrated Wi-Fi.

Drivers can connect to the infotainment system via Smartlink+ that pairs with Apple CarPlay and Android Auto.

Škoda has retained the VarioFlex seating system which was popular in the Yeti (three separate rear seats, which can be individually adjusted or completely removed, increasing the 521-litre boot to 1,810 litres).

However, it’s a £450 optional extra (not fitted to our car) and is only standard on the two trim levels above (SE L and Edition).

Škoda’s ‘Simply Clever’ features – an ice scraper in the fuel cap, umbrella under the passenger seat, LED torch and storage compartments in the boot –are also included.