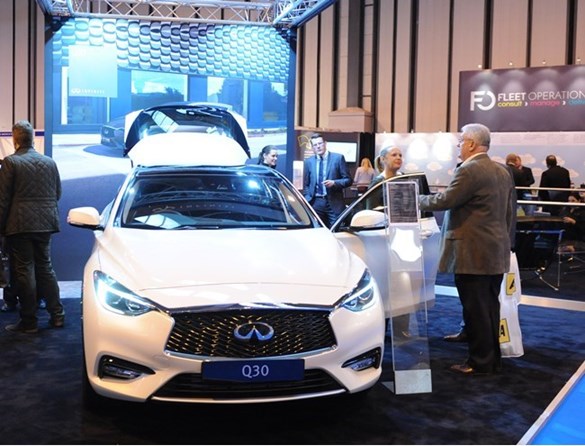 Nissan’s luxury brand, which had been so successful in North America, just hasn’t yet quite hit the mark with customers in the UK.

It seemed to change when the Q50 saloon was launched in 2014 into the premium upper-medium sector, equipped with a Mercedes-Benz four-cylinder diesel.

Record sales were achieved, but still totalled less than 800 units in 2014. Momentum is building however, and the company is now launching the Q30 hatchback and has confirmed two new models for 2016 – the QX30 crossover based on the Q30, and the Q60 coupé, derived from the Q50 saloon.

Infiniti has been able to speed up the development of its ‘30’ cars using a platform supplied through a Renault-Nissan Alliance partnership with Mercedes-Benz owner Daimler.

The Q30 (and the QX30) engines and other components found in the A-Class, B-Class, CLA and GLA. It means Infiniti has been able to launch into the lower-medium sector sooner than developing its own car.

The lowest CO2 emissions offered in Europe is a slightly disappointing 103g/km. Most cars in this sector offer a choice of sub-100g/km variants, and indeed, many fleet choice lists use this as a threshold. Given that threshold has been missed in the UK, and in a bit to continue Infiniti’s sports-premium image, the lowest CO2 offered here will be 108g/km as the smallest wheel side is 18-inches – an inch larger than the entry-level model in Europe.

There are three main grades on which the UK range is based: SE, Premium and Sport. All are well equipped. There are other derivatives by virtue of additional packs – Premium City Black, Premium Tech, Premium Tech Gallery White, Premium Tech Café Teak and Business Executive are based on the mid-grade model, with Sport City Black and enhanced version of the top model. Sport variants sit 15mm lower on the suspension than other variants.

We focused on the likely best seller, and it’s a decent drive, with its smooth and refined diesel engine and linear steering response. Although the ride is a little firm on the 18-inch wheels, the body control is good by virtue of rebound springs added to the suspension to compensate for the Q30’s taller-than-average stance.

There’s a decent amount of space for two adults in the rear and the boot minimum capacity of 368 litres isn’t too bad either, while not threatening the class leaders.

There are a lot of Mercedes-Benz buttons, switches and controls inside, which is understandable, but won’t do much to help Infiniti’s quest in establishing its own identity. Perhaps this won’t matter too much to those interested in choosing one, and in any cast it’s all well designed and has the necessary premium feel and look that makes it stand out from a Vauxhall Astra or Ford Focus.

Infiniti says it won’t disclose any sales predictions for the model, which isn’t the same as not having any – just that perhaps it doesn’t want to be held publicly to an accepted measure of success.

But with an expanding dealer network, currently at 10 and with a target of 25, along with a plan to recruit authorised repairers to ensure cars are closer to SMR sites, the Q30 will be the best opportunity yet for the company to finally make an impression in the UK.