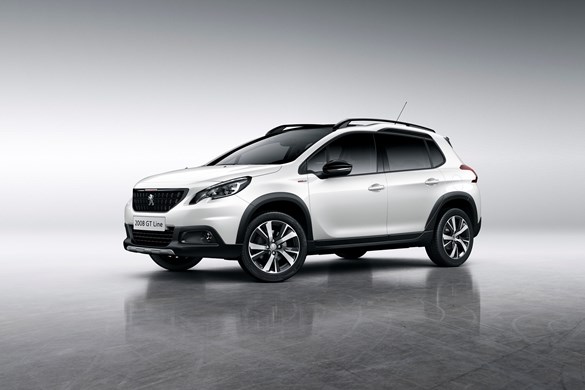 No mainstream car manufacturer can afford to ignore the growth of the SUV sector in Europe.

Five years ago, French SUVs were few and far between, and relied on partnerships with other manufacturers. Since then, there has been a proliferation of cars described as 'crossover' or 'SUV', across the industry, including the French brands.

The Peugeot 2008 is one of the most compact. Launched in 2013, the 2008 uses engine technology and components that featured in the 208 hatchback, but with raised suspension and an estate car body.

Although no four-wheel drive version was available, top versions came with ‘grip control’ – a sophisticated traction control system to help the car get out of all but the most difficult off-road situations – and all-season tyres.

More than 40,000 Peugeot 2008s found homes in the UK by the end of 2015 – and almost 19,000 were registered here last year. The most popular model has been the 100hp diesel, although three-cylinder petrol variants also sell quite well.

Changes for the mid-life facelift seem to leave well alone the things the car does well, but attempt to broaden its appeal. The car has more of an SUV stance, with upright elements in the radiator grille instead of horizontal, and chunkier wheel arches on top models, as well as two new metallic colour options.

There is a new GT Line equipment grade, which adds black detailing to the exterior, including the roof rails, as well as a red ‘Peugeot’ inscription on the front and red accents and stitching inside.

Peugeot’s unique i-Cockpit, with its compact steering wheel and raised instruments continues and, although it feels like a compact car, it wouldn’t be cramped with four adults inside.

All petrol versions offer CO2 emissions below 115g/km, while all diesels are below 100g/km. As well as official fuel economy figures, which Peugeot is required to publish by law, Peugeot also revealed ‘real-world’ mpg figures from its own more arduous internal tests to offer customers greater transparency. The 100hp 1.6-litre BlueHDi achieved 55.4mpg compared with 76.3 on the combined cycle. This could be seen as a positive move for managing customer expectations, but giving fleet users a dilemma when it comes to trusting running cost figures.

The 2008 is a pleasant car to drive, with relatively flat cornering for its height, responsive steering and great refinement. We tried 110hp and 130hp petrol and 100hp and 120hp diesel versions and, while the 100hp diesel has been more popular, we preferred the six-speed manual gearbox on the 120hp engine.

The revised 2008 is the first of a number of new SUVs from Peugeot. It’s a positive indicator of what’s to come.