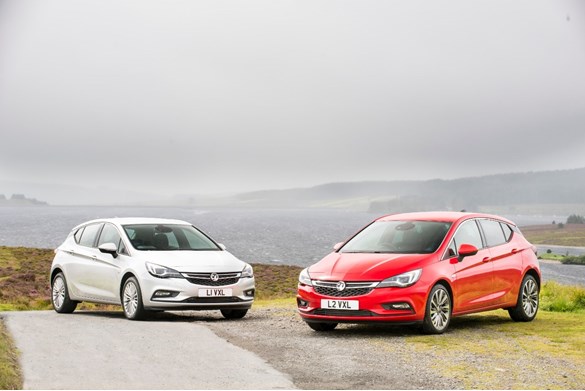 At the Frankfurt motor show, Vauxhall’s managing director and chairman Tim Tozer outlined his confidence that the new Astra would win increased sales from user-choosers: an area where desirability is key.

Unfortunately this was something the previous Astra largely lacked. It’s bulbous styling made it fairly anonymous on the roads, while its interior and general road manners saw it lagging behind the class best, certainly towards the end of its life.

It had an injection of added appeal last year when Vauxhall introduced its new range of ‘whisper quiet’ diesel engines into the range to improve efficiency and refinement, but it still trailed its rivals in other areas.

However, with the new Astra, Vauxhall has managed to take this increased desirability and multiply it.

The new hatchback looks sharper and more distinctive than previous models, while the manufacturer has adopted the maxim of less is more for many areas of the car. 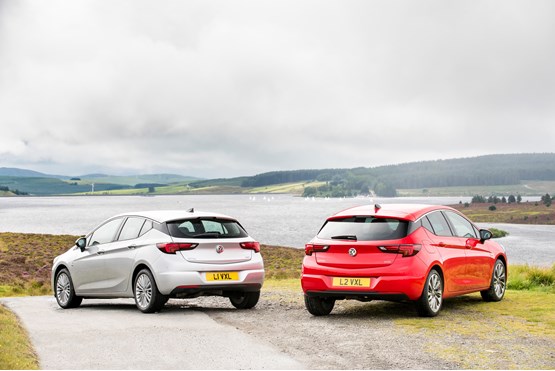 Like-for-like, the new Astra has a lower P11D price than previous models, it is up to 200kg lighter than its predecessor which has helped to increase efficiency, and although it is smaller than the model it replaces, the new car has more interior space.

Many of these improvements stem from the model being based on a new platform, which has allowed the manufacturer to save weight throughout the car’s construction.

For example, the weight of the body shell has been reduced by 20% to 280kg, while additional chassis-related measures such as using high-strength steels and weight reductions to the front and rear axles have resulted in a further 50kg saving.

For fleets, the 1.6 CDTi is expected to be the most popular choice and will be offered with three different power outputs: 110hp, 136hp and 160hp.

The most efficient option will be the 110hp engine in Ecoflex start-stop trim, which offers combined fuel economy of 91.2mpg and CO2 emissions of 82g/km.

Of the petrol engines, the 1.0-litre Ecoflex models may be of interest to fleets as their CO2 emissions start at 96g/km with a combined fuel economy from 67.3mpg.

These engines are housed in a smaller body than the previous Astra. At 4.37m long, the new model is almost 5cm shorter than its predecessor, but clever packaging means rear-seat passengers have an additional 3.5cm of legroom.

Boot capacity remains at 370 litres, which is 10 litres fewer than the Volkswagen Golf offers, but 54 litres more than the Ford Focus’s.

To build on the advantage of the increased space, the new Astra features a significantly improved cabin, with a clean, modern and logical design.

The quality of materials is good and is comparable to any other car in its class, with details such as piano black trim contributing to a premium feel. 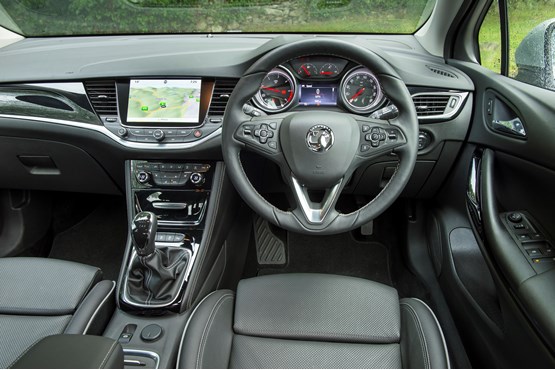 However, the most striking element of the interior is the eight-inch touchscreen used by the car’s upgraded Intellilink infotainment system.

The display is exceptionally clear, while the centre console also includes buttons clustered into three distinct groups for ease of operation: infotainment system, climate and functionality.

It also has air-conditioning, digital radio and sports seats, while OnStar, which turns the car into a 4G wif-fi hotspot as well as providing emergency response notification, is standard on SRi and Elite trims.

The Astra is also the first Vauxhall to be available (a £995 option) with the manufacturer’s adaptive LED Matrix headlight system which works in conjunction with the front camera system to detects the presence of other vehicles.

It uses this information to switches off the individual LED segments, preventing other road users from being dazzled.

We drove the 1.6 CDTI 136 SRi and the new Astra’s reduced weight was apparent as it gave the car a more agile feel than its predecessor.

Steering was crisp, the ride was comfortable although firm, while body control over rough surfaces was improved.

The engine provided smooth performance throughout its rev range and was relatively muted – on the motorway, road noise, rather that that emanating from wind or engine, is the major source of NVH in the cabin, giving the car ample levels of refinement - while the gearshift was positive.

Overall, there is no doubt that the new Astra is a major leap forward in all areas from its predecessor: it's improved efficiency and lower P11D price strengthen the car's business case, while it also offers much more appeal for the driver.