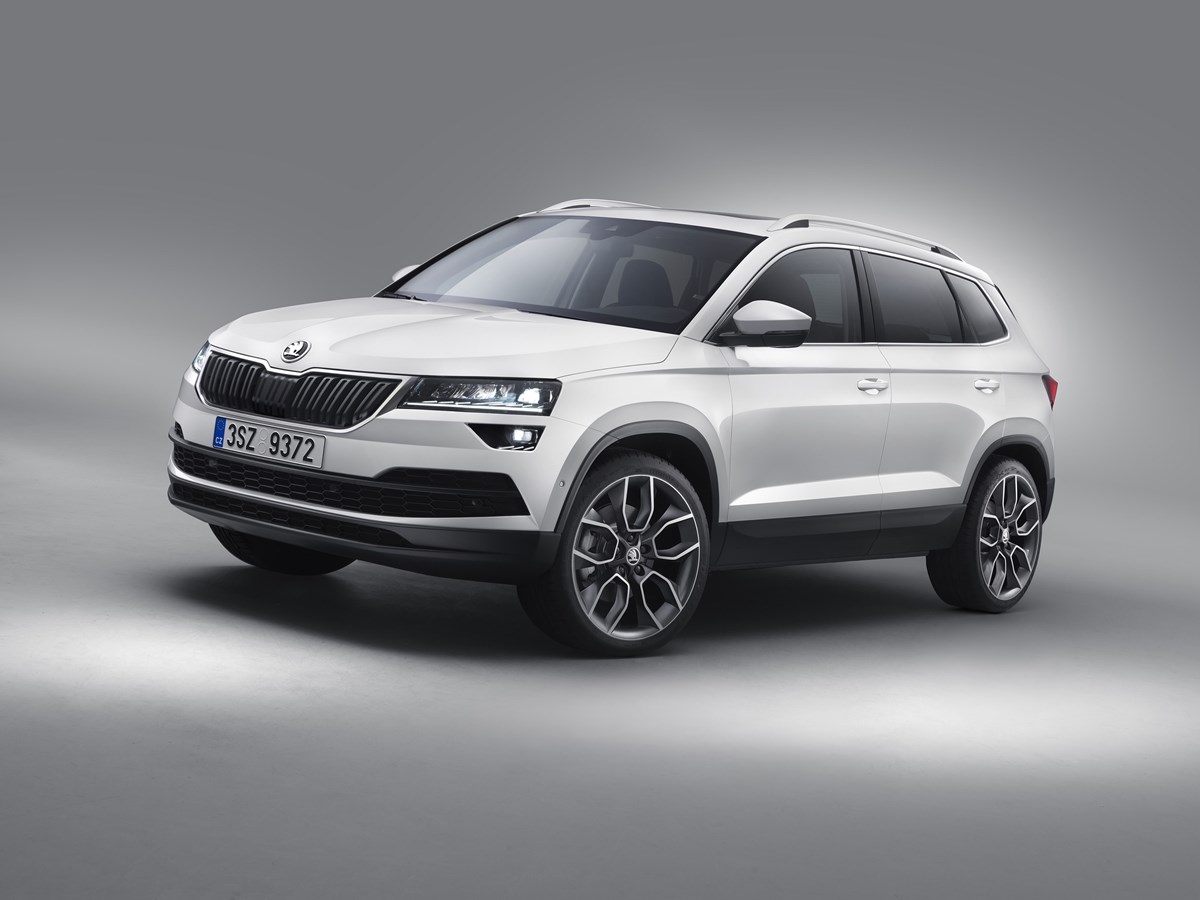 Škodas new Karoq SUV is set to replace the much loved Yeti, which has served the company well over the past eight years - the decision to replace it could be controversial.

The Czech company thinks it will be a bigger draw for user-choosers than the outgoing car. First UK deliveries are expected in January 2018.

The Karoq’s shape is as conventional in modern SUV design language as the Yeti was distinctive. But, according to Škoda chief executive Bernhard Maier, the Yeti’s van-like proportions were a sticking point for many women.

The new Karoq certainly doesn’t look anything like the Yeti, but its silhouette is very similar to the Fleet News Award-winning Seat Ateca. In fact the doors look interchangeable and the wheelbase (2,638mm for front-wheel drive variants, and 2,630mm for 4x4s) is identical.

But most of the details echo cars in the current Škoda line-up, including the Kodiaq large SUV launched earlier this year, and the Superb.

The Karoq’s suspension has been designed mainly for on-road agility, but with a degree of sophistication that allows it to perform off road, too.

Four-wheel drive is optional on some versions, and standard on the 190PS diesel. The 4WD versions can be chosen with an off-road mode. To improve traction with this feature activated, the traction control system permits a greater slip and the electronic differential lock reacts more sharply and quickly.

Those who feel the Karoq is destined for rougher terrain can choose the ‘rough road package’, which protects against mechanical damage when grounding and prevents dust, sand or mud from getting into the engine bay or cable harnesses.

The electronic differential lock provides additional ride stability. It allows the driver to pull away smoothly and comfortably on road surfaces with varying grip.

Blindspot alert, autonomous emergency braking with predictive pedestrian protection and ‘emergency assist’, which monitors driver activity and can stop the car safely if it senses the driver is unwell and unable to continue, are all available on the Karoq.

The latter can automatically keep pace with low-speed driving on stop-start traffic, accelerating and braking according to the position of the vehicle in front.

Five engines – two petrol and three diesel – are available on the Karoq. And with the exception of the most powerful diesel, all powertrains are available with a choice of a six‑speed manual transmission or a seven-speed DSG. For diesel there is a 115PS 1.6-litre, and a choice of 150PS and 190PS 2.0 TDI engines.

The 2.0 TDI with 190PS comes with all-wheel drive and a seven-speed DSG transmission as standard.

The entry-level petrol engine is a 125PS turbocharged 1.0-litre, while a new 150PS 1.5 TSI offers cylinder deactivation technology, which can save fuel under light throttle loads or when coasting. CO2 emissions are expected to start at below 120g/km.

The Karoq has a versatile interior with three individual rear seats that can be folded or removed to boost its flexibility.

It is also available with a power tailgate, which can be activated from inside the car, while an electronic parking brake helps reduce clutter in the centre console.

The Karoq can be specified with four audio and infotainment systems, the higher two incorporating sat-nav.

The highest Columbus navigation infotainment system is optional from the medium grades upwards, and has an internal 64GB flash memory.

The optional LTE module offers a superfast internet connection. Its 9.2-inch glass screen provides a resolution of 1280 x 640 pixels. Destinations are requested by text entry or voice command in the vehicle.

The Karoq has a gesture control feature for selected functions (available for the Columbus navigation infotainment system). A camera detects and identifies defined hand movements that the driver makes around the centre console. This allows the driver to scroll through the infotainment menu using hand gestures, without taking their eyes off the road.