"At its heart, the new Qashqai is a sensible, safe and reasonably nimble family SUV." 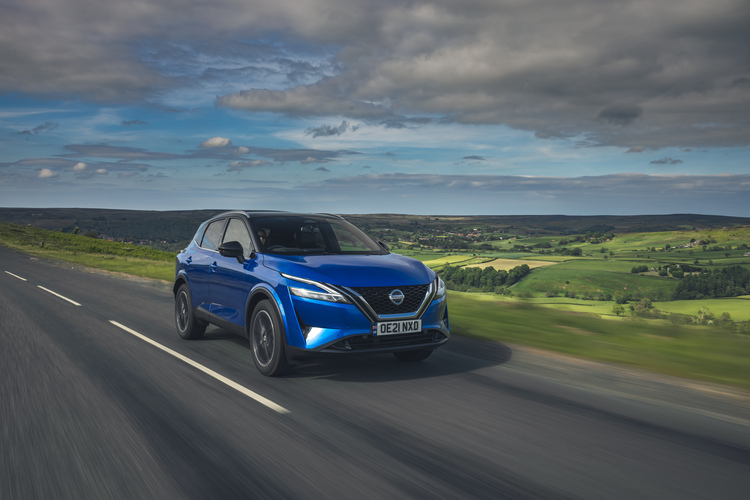 All eyes are on Nissan. As the self-proclaimed creator of the crossover segment, the introduction of the third-generation Qashqai is a major milestone - not only for the brand but for the success of the car type as a whole.

Crossovers are everywhere these days and the Qashqai is the UK’s favourite. We’ve been lapping up the Sunderland-built model since 2007, with just as many registered to company fleets as private individuals.

This third-generation model promises better efficiency, more technology and improved driveability. While it takes on a new, more futuristic look, the core elements of the old model remain.

At its heart, the new Qashqai is a sensible, safe and reasonably nimble family SUV.

Practicality is boosted by thoughtful features like new hinges for the back doors that allows them to open up to 85 degrees, facilitating the fitment and removal of baby seats. The boot is also bigger, up to 504 litres, and comes with a moveable floor.

One of the big changes for the Qashqai is the introduction of a new e-Power hybrid system. It’s driven by an electric motor, but uses a petrol engine to keep the battery charged. This won’t arrive until next year, however.

For now, there’s just two powertrains on offer. Both are based around an updated mild-hybrid version of the outgoing model’s 1.3-litre turbocharged petrol engine, offering 138PS or 156PS. Either can be paired with a six-speed manual, while the latter can be paired with an automatic and all-wheel-drive.

CO2 emissions start from 143g/km, which puts the new model on the back foot compared to other models in the segment that offer plug-in hybrid options.

We’ve tested both the manual and the Xtronic automatic, although only the more potent engine option was available at the launch event. We’re doubtful the extra 18PS makes a noticeable difference.

Significant enhancements have been applied to the car’s chassis and suspension in order to deliver a more engaging drive. Agility is noticeably improved, but not segment leading. Nissan engineers have also fiddled with the steering and it’s now super sharp. In fact, it’s almost too quick and can deter from the otherwise relaxing nature of the drive.

The manual gearbox also detracts from the driving experience. It’s a little vague and imprecise when paired with the car’s springy clutch. Opting for the Xronic is a better bet. It’s a CVT, but you’d never tell. The calibration is excellent and the car behaves like a normal auto. It also feels much livelier when you step on the accelerator.

Our testing netted an average fuel consumption of 42mpg in the manual and 40 in the Xtronic. Not bad, considering a lot of our route was in town. The official figure is close to 44mpg.

A noticeable change on the inside is the uplift in material quality. The interior feels a lot more upmarket than that of the old car and there’s a welcome infotainment system upgrade too.

While the entry-level car does without a touchscreen, opting for mid-grade N-Connecta or above gets a nine-inch central display and a crisp digital instrument cluster.

Prices start at £23,535 for the Visia, which includes a suite of driver assistance systems, LED headlamps and parking sensors. Higher-grade models are likely to appeal to fleets, with the desirable Tekna auto coming in at a reasonable £33,465.

The Qashqai remains at the top of its segment for practicality and usability, but the lack of a low emission powertrain at launch hurts it fleet appeal. We look forward to trying the e-Power model in 2022.