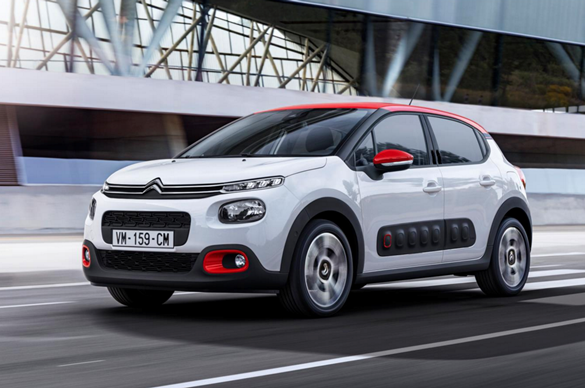 With distinctive styling and a cheeky personality, the next-generation supermini has all it takes to kick-start the fortunes of the French brand in the segment with SME buyers, corporate account user-choosers and public sector drivers, believes fleet and used vehicle director Martin Gurney.

“Having gone through its life cycle, the current car is no longer competitive with rivals and accounts for hardly any business sales,” he told Fleet News as the car was being previewed in France. “However, I think Citroën is ready to make a comeback thanks to a stand-out product that is packed with innovation to drive us right back into the heartland of a particularly tough sector.

“The PSA Group has a strong heritage in small cars and sold a total of 30,000 examples of the Peugeot 208 here last year. By comparison, fewer than 6,000 C3 models were registered, but all that is about to change. Our new car is a much different proposition than its predecessor and there’s no doubt that we have a real winner on our hands.

“It’s too early to talk about numbers, but I’m confident that this is a package that will have strong appeal in the marketplace.”

Still six months away from its launch in UK showrooms early in 2017, the first of four new Citroëns due in the next 18 months has yet to be priced, but it is understood the car will cost between £9,000 and £19,000.

“This is the first wave of a fresh product offensive,” said Gurney. “We have the right car at the right time in a major part of the market and we’re very excited about the future.”

Slightly longer, lower and wider, the third-generation C3 stands on a longer wheelbase and has greater shoulder room for occupants. Boot capacity remains the same, at 300 litres, with the rear seats in position.

Customisation is a strong interior feature with a choice of four shades of upholstery and a horizontal dashboard with minimum switchgear accentuating the feeling of uncluttered space.

Current 1.0-litre and 1.2-litre PureTech petrol offering 68hp, 82hp and 110hp, 75hp and 100hp 1.6-litre BlueHDI diesel motors will be carried over but are expected to perform more efficiently in bodywork that is said to be lighter and more aerodynamic.

Citroën is the first to offer a fully integrated camera with GPS connection to allow C3 drivers to share on-road experiences on social media. Called ConnectedCam, the equipment should be of particular interest to fleets because it offers HD filming that could be used as evidence in court by covering the period from 30 seconds before an accident to one minute afterwards.

Entry-level Touch trim will include cruise control, height and reach adjustment for steering and driver’s seat, a split-fold rear seat and digital radio. Feel grade will add a touchscreen, auto air conditioning and alloy wheels with the top Flair version likely to include ConnectedCam, air bump door protection, a reversing camera and rear parking sensors. A panoramic sunroof will be optional.

Sharing a visual link with the C4 Cactus, the new C3 adopts a high stance and scratch-proof ‘air bump’ panels on the lower part of its doors to offer protection from slight damage to bodywork. With the biggest wheels in its class, the car has short overhangs and a muscular appearance. A choice of nine colours for the bodywork and three for the roof promise a total of 27 combinations for customisation, with the roof colour being repeated on the foglamp trims, air bumps, wing mirrors and rear window trim.

A raft of advanced driver assistance systems will be offered with the new car, headed by a connected sat-nav that can be controlled by voice or touch from a seven-inch screen and which provides real-time traffic information and visual and audible warnings of accident blackspots. Mirror-screen technology will duplicate smartphone content.

A reversing camera also operates via the touchscreen and hill start assist will hold the car on steep gradients. Helping guard against driver fatigue will be lane departure warning, while blind spot monitoring will operate via indicators built into the wing mirrors and driver attention alert will recommend a break after two hours’ uninterrupted driving at more than 45mph.