"Full UK specification and pricing will be released closer to the car’s launch, but we expect prices to start from around £17,000 for a 120PS petrol model" 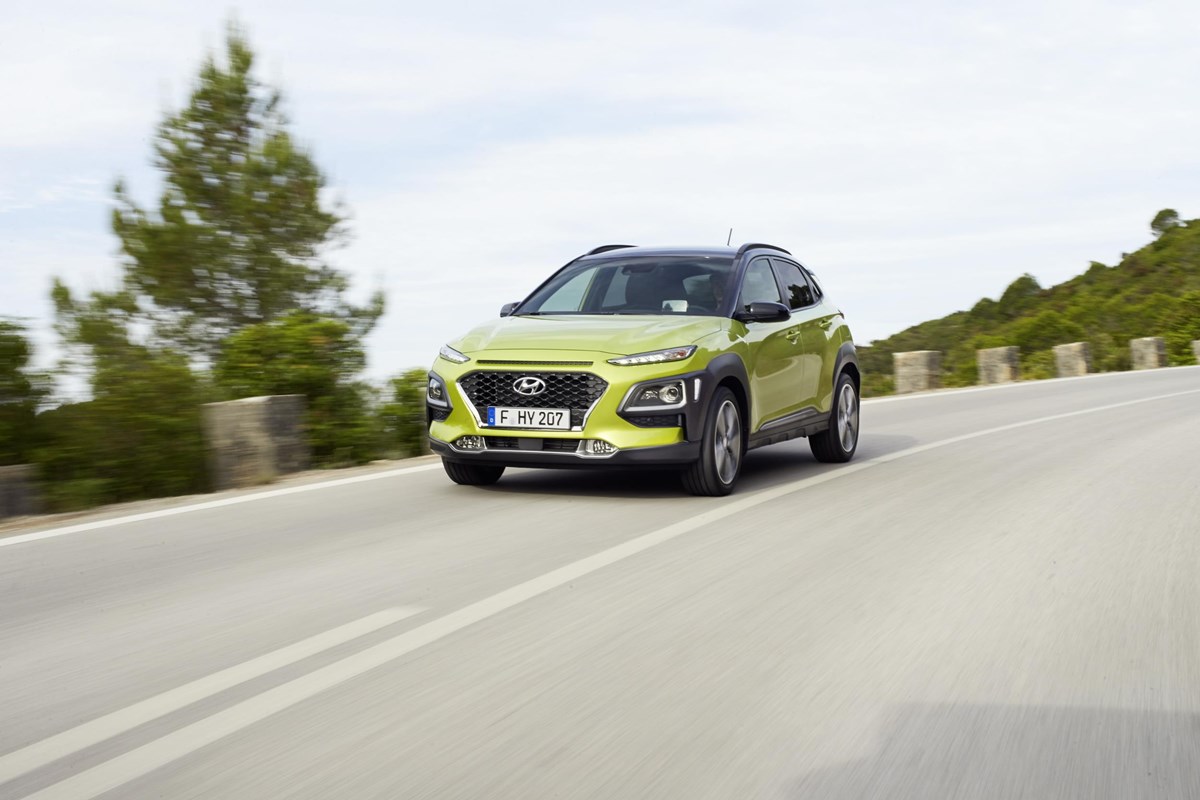 Hyundai is poised to challenge rival car manufacturers with a new compact SUV to be launched late this year, but is planning to boost its appeal with an EV version later in 2018.

The Kona was unveiled in June and will be targeting those who drive cars such as the Nissan Juke and Peugeot 2008, not to mention new entrants into the sector including the Vauxhall Crossland X and Citroën C3 Aircross.

It fills a gap in the range left by the ix20, which was a compact MPV, and follows the evolution of the market in this sector toward SUVs.

The Kona will be the third SUV in Hyundai’s UK line-up, and the smallest, after the Santa Fe and the Tucson.

Sales of petrol models will begin this autumn, with diesel models and an EV following within a year of the car’s launch.

Unlike many compact SUVs in this sector, the Kona will have a four-wheel drive option, but the majority of sales are expected to be front-wheel drive variants.

The Kona will initially be available with a choice of two petrol engines: a 120PS three-cylinder 1.0T (with a target CO2 rating of 119g/km and fuel consumption of 53.3mpg on the combined cycle) or a 177PS four-cylinder 1.6T. The former has a six-speed manual transmission and the latter a seven-speed dual-clutch auto.

The auto offers two drive modes: normal and sport. In sport there is a different shift pattern, with gears being held longer before shifting.

Hyundai will most likely offer generous equipment levels, with most of the technology and safety features standard on higher equipment grades.

Although the Kona appears to offer a similarly high quality interior to other recent models, such as the i20 and i30, the reliance on charcoal black plastics and other materials makes it seem a little dull.

However, it’s possible to add coloured ‘accents’ surrounding the vents and matching stitching in the seats and steering wheel.

The high-mounted dashboard touchscreen for the optional sat-nav system integrates all navigation, media and connectivity features.

It also comes with storage trays as well as bottle holders sculpted into the doors, split/folding rear seats and luggage capacity from 361 to 1,143 litres.

The Kona is defined by bold and rugged styling, with prominent dark plastic protection and standard LED daytime running lights, set above the headlamps giving a two-tier effect.

With a low and wide appearance, the Kona is offered in wheel sizes ranging from 16 to 18 inches, while customers can also choose contrasting roof colours.

The wheelbase of 2,600mm should mean a roomy interior, and competitive with other B-sector SUVs.

High-strength steel has been deployed in the car’s structure, and it comes with six airbags as standard.

The third option, the eight-inch navigation system including rear view, has the features of the display audio system.

Alongside a seven-year subscription to ‘Live Services’, 3D maps, and Lifetime MapCare (the commercial term for Hyundai’s subscription to the MapCare programme with which annual map updates are assured for the eligible Hyundai vehicles for a minimum period of 10 years after the model’s end of production).

Additionally, there is a central information screen located in the centre of the instrument cluster between the two dials, available as a 3.5-inch monochrome TFT LCD display (standard) or 4.2-inch TFT colour display.