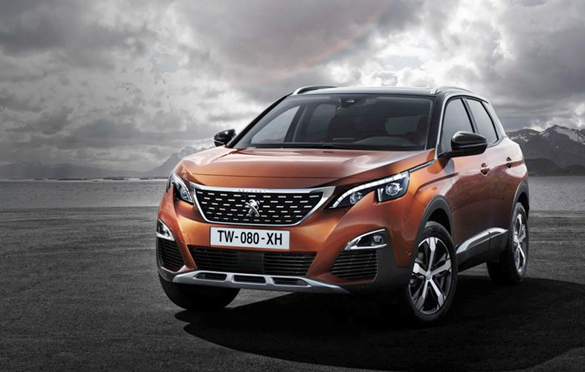 The world has changed during the past 10 years,” says Peugeot chief executive Maxime Picat. “SUVs have challenged MPVs as well as traditional saloons.”

This explains why Peugeot has taken the second-generation 3008 in a different direction from the original.

The first 3008, launched eight years ago, gave Peugeot an alternative to the Renault Scenic – but endowed with rather chunkier styling. It was a crossover, but not one with any of the appeal of an SUV. “Customers appreciate the size, driving position and status of an SUV,” says Picat. “It reassures and protects. It gives driver and passengers the dream of escape.”

He added that, for Peugeot’s new 3008, he wanted to ensure the driving experience made it stand out.

“With this car, Peugeot is writing a new chapter in its history,” he adds.

The car will make its public debut at the Paris motor show in September, with orders for UK models being taken from November, with deliveries beginning in January 2017.

The new 3008 will be offered with a choice of four petrol and five diesel variants at launch. Three of the petrol models use the same 130hp 1.2-litre turbocharged Puretech engine, with one particular variant optimised for low-fuel consumption, and another with a six-speed automatic transmission.

There is also a 150hp 2.0-litre BlueHDi with a manual transmission, and a 180hp automatic. Fuel economy and CO2 emissions will be revealed closer to launch, but it’s almost certain Peugeot will target sub-100g/km with at least one diesel variant.

Probably the defining feature of the 3008 interior is the new i-Cockpit, which continues the strategy of reducing the size of the steering wheel, and making it flatter at the top and bottom. An elliptical shape allows it to be set in a lower position while raising the instrument panel, making vital information more clearly visible. We’ve already seen this on the 208, 2008 and 308, but the latest version in the new 3008 takes it a step further.

All models will come with a dashboard-mounted touchscreen as standard, and a fully configurable digital instrument display with a high-definition screen. Similar to Audi’s virtual cockpit display, it can show the sat-nav map as the main feature. A benefit of a standard touchscreen is the ability to reduce the number of buttons on the dashboard. The 3008 follows the 308 in this area, but with a fresh design for the remaining buttons and an improved impression of quality.

The original 3008 had a split tailgate, with the lower portion proving useful for large or heavy items. The new model has a single piece tailgate, but can be specified with a sliding boot floor that can offer similar practicality.

No 3008 will be available with four-wheel drive, but there will be versions that have Peugeot’s ‘grip control’ enhanced traction technology. These are able to ensure the front wheel with the most traction gets the most torque in slippery conditions, and there will also be a sophisticated descent control function for steep tracks.

Peugeot is planning to offer petrol hybrid versions of the 3008 around 2019, and these will have four-wheel drive functionality.

Automatic transmission versions will be available with an additional function for the adaptive cruise control, which will be able to slow the car to a complete stop in traffic if necessary.

There will be two levels of parking assistance available: one with a camera, or combination of cameras, to provide additional visibility around the car; the other with an autonomous steering function to manoeuvre into parking spaces.

The recent 2008 facelift heralded the direction Peugeot was taking its new 3008. The shape is more angular and more clearly defined as an SUV, and brings in a new design language for Peugeot. The rear, in particular around the tailgate and C-pillar, has some very bold straight lines, creating an impression of solidity.

The new 3008 is longer than its predecessor, with a longer wheelbase, allowing greater interior space for passengers as well as more luggage space.