"Often seen as a conventional and rational choice rather than emotional one, the sixth-generation Polo is likely to continue to appeal to those customers, although a rather bolder look is also expected to gain fresh attention." 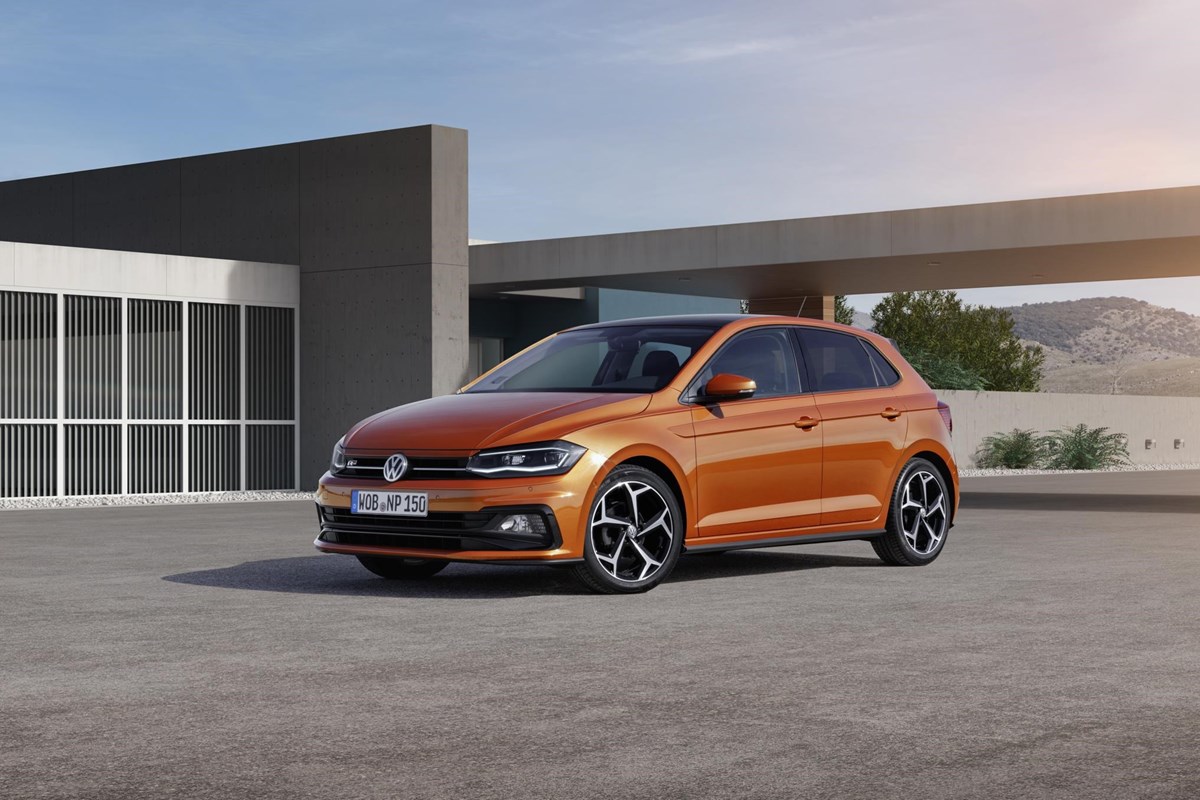 The current Volkswagen Polo has had a long run. Introduced in 2009 in its fifth incarnation the Polo remains the second best-selling car for the Volkswagen brand in Europe.

Often seen as a conventional and rational choice rather than emotional one, the sixth-generation Polo is likely to continue to appeal to those customers, although a rather bolder look is also expected to gain fresh attention – perhaps from downsizers and user choosers – thanks to new technology and extra space.

Volkswagen claims the new Polo is offering customers features associated with the class above.

Volkswagen's chief executive Dr Herbert Diess said: “We have developed the most advanced small car ever. It includes the same technology as the Golf. It now plays in a higher league, and we think it will set new standards.”

The Polo is larger than its predecessor. In fact it is larger in every dimension apart from length than the fourth-generation Golf. Its length of 4,053mm puts it at the larger end of the small car sector, alongside the Vauxhall Corsa, Renault Clio and Ford Fiesta. The width is emphasised by a broad grille and wide headlamp units. The five-door only model also has a more sophisticated appearance than previous versions of the car.

LED daytime running lights are standard from the entry-level version, and there are 14 exterior colours offered from launch, with 12 wheel designs ranging from 14 to 18 inches in diameter.

Where the previous Polo might have offered xenon headlamps, the new model has LED headlamps, with LED rear light units also available.

A wheelbase 94mm longer than its predecessor results in a great deal more interior space for occcupants, with noticeably more spacious seating front and rear. Minimum luggage capacity has also risen from 280 litres to 351 litres, making the boot larger than in the fifth-generation Golf.

The new dashboard displays and controls are focused toward the driver, and the Polo will also be offered with an optional ‘digital cockpit’ in the new Active Info Display – a configurable high-definition instrument panel that can also include the navigation map where specified.

Equipment grades will most likely reflect those in the current Polo, with S, SE or Match, R Line, and a Beats special edition with upgraded audio, as well as the stand-alone GTI.

There is a choice of 13 different ‘dashpad’ interior colour choices, which match the car’s exterior colour, as well as 12 different seat cover choices.

The Polo will launch with a choice of four petrol and two diesel engines, starting with a 65PS normally aspirated 1.0-litre, as well as a 75PS version. There will also be a 95 PS 1.0 TSI and a 115PS variant, with a new 1.5 TSI producing 150PS that comes with cylinder deactivation technology to save fuel. Diesel variants include 80PS and 95 PS versions of Volkswagen’s 1.6 TDI. All TSI and the 95PS TDI versions will be available with DSG automatic options, with five-speed or six-speed manual as the default choice, depending on engine.

Volkswagen will also launch a Polo GTI at the start of the model’s lifecycle, using a 200PS 2.0-litre TSI engine. The tide might well have now turned against engine downsizing as we enter the new WLTP emissions era.

Even the base version of the Polo will come with autonomous emergency braking (including pedestrian detection) as standard, called Front Assist, with the next grade up offering a driver alert system.

Adaptive cruise control is offered, and, where fitted with the optional DSG automatic, can match the speed of the vehicle in front down to a stop, and move off again once traffic in front has restarted.

Optional blindspot detection is available, helping avoiding inadvertently moving into the path of unsighted overtaking traffic, as well as rear traffic alert, which warns of approaching vehicles when reversing out of parking space.

The Polo will be the first Volkswagen and Volkswagen Group model to launch with the second-generation of what the company calls ‘Active Info Display’. Important information is contained within the same high axis, with improved functionality for digital instruments and clearer graphics. One button on the steering wheel is used to switch between the basic views menus, while the Polo will also receive the latest generation of dashboard screens, with sizes ranging from 6.5 inches to 8.0 inches.

The Polo will also offer the option of wireless smartphone charging, and online services.

Orders for the new Polo will be open from October, with deliveries beginning in January 2018. Prices will be confirmed nearer the time, but are expected to represent better value than the outgoing model when comparing equivalent specification. The best selling model is expected to be a mid-range petrol variant in SE specification.