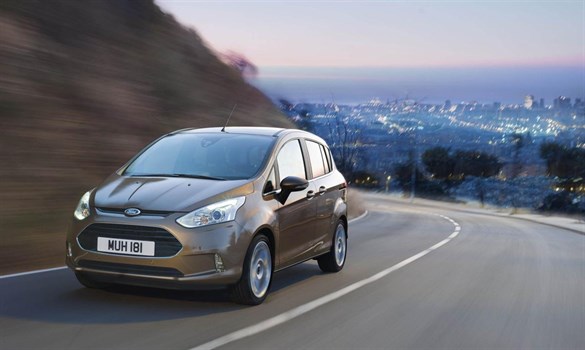 If we remember the Ford Fusion at all, it wouldn’t be because of any particular merit.

Based on the Ford Fiesta that ran from 2002-2008 it offered a little more space and practicality, but looked dull and its interior had a budget-car feel.

That car will be consigned to history by the new B-Max, which early indications show combines quality, innovation and practicality.

It will be offered with Ford’s much praised 1.0-litre Ecoboost turbo among the petrol engines as well as a choice of diesels. The Ecoboost and the diesels all achieve less than 120g/km, with a low of 104g/km for the 95bhp 1.6 TDCi.

The car comes with sliding rear doors and no fixed B-pillar to allow an enormous opening to the car for passengers, making it very easy to get in and out.

It seems there has been some complex engineering to allow this to work without compromising stiffness and safety.

The luggage area has a false floor to allow a long even surface when the rear seats are folded, while the front passenger seat can also be folded on some versions offering more than two metres of load floor length. 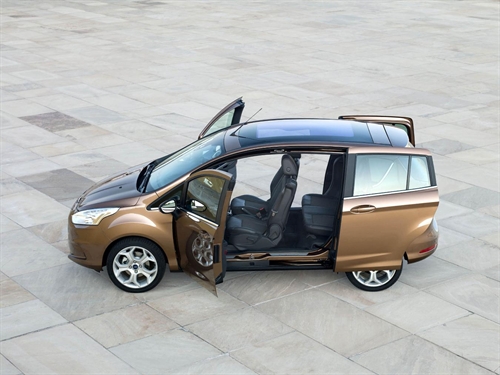 Ford’s fleet operations manager Steve Fletcher told Fleet News: "We expect the car to be quite popular with salary sacrifice fleets, as well as local authority and NHS users.

"It’s for people who want more space than a typical B-sector car but don’t want to drive something bigger. It won’t be going into the daily rental sector and it won’t be suitable for high-mileage motorway driving."

Fletcher suggests rivals for the B-Max would be cars like the Citroen C3 Picasso and the Vauxhall Meriva.

We drove a late pre-production B-Max 1.6 TDCi Titanium on a variety of different roads, and it seemed to cope well with a 12-mile motorway stint, but was more impressive when taken to more challenging environments.

It’s surprisingly nimble in tight urban environments with stop-start traffic, despite its height, with an engaging feel to its steering and remains impressively composed.

We will take a longer drive in the car in a few weeks, but early indications suggest the B-Max will appeal for its quality, practicality and ease of use.