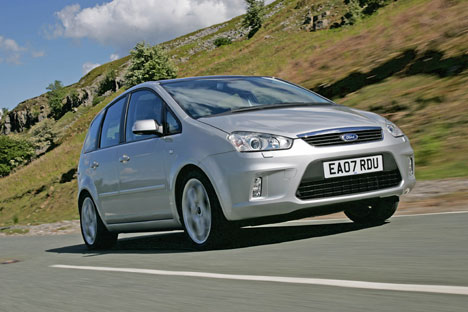 Don’t be fooled by the new look or the MAX nomenclature – the recently-revised Ford C-MAX is neither as big nor as clever as its S-MAX stablemate.

In truth, it’s a taller Focus hatchback with more interior space. And it seems that buyers haven’t been fooled either. Last year Ford sold 19,000 C-MAXs, compared to 137,000 Focuses.

The first thing you notice about the C-MAX is the new front-end styling which now incorporates more angular headlights, a larger gaping grille beneath the bumper and deeper skirts around the bottom of the car.

It’s all part of Ford’s “kinetic” design language and is supposed to convey energy in motion.

The restyle has given the C-MAX a far more aggressive look at the front compared to the bland appearance of before. At the back are a redesigned bumper unit and LED lights.

The interior has also come in for some attention with a redesigned instrument panel, centre console and door trims. Essentially this is a freshen-up, although Ford has installed more storage compartments in the centre console.

Aside from this, the interior remains unchanged, with five seats and a large boot. The rear three seats can be moved around in a number of different ways – moved forwards and backwards to create more legroom for passengers or folded forwards to create much more luggage space.

While this gives a flexible interior layout, the seats don’t fold flat into the floor – instead you have to remove the seats to create the large loading bay.

Under the skin the C-MAX remains unchanged, with a wide choice of petrol and diesel engines. We tested the most popular engine – the familiar 2.0-litre TDCi with 140bhp.

It’s fairly noisy at start-up and idle but once warmed through it settles down well and offers strong performance through the six-speed manual gearbox.

There’s plenty of torque from low down in the rev range and the C-MAX will pull from under 20mph in third gear, which shows how flexible this unit is.

The only downside of the driving experience is a choppy ride quality – obviously compromised to retain some semblance of roadholding from the regular Focus. 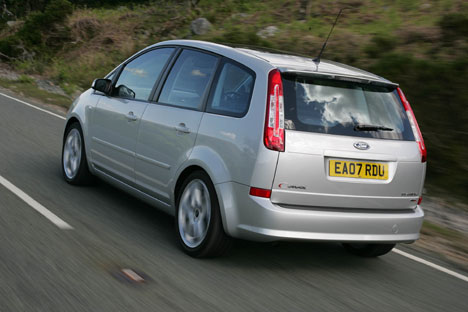 The C-MAX is a curious car in that it is something of a halfway house. But that’s the least of its problems. The C-MAX tested here costs £17,745 while for around £1,000 more you can secure an S-MAX with the same engine in slightly lower LX trim level.

It’s well worth the extra spend.