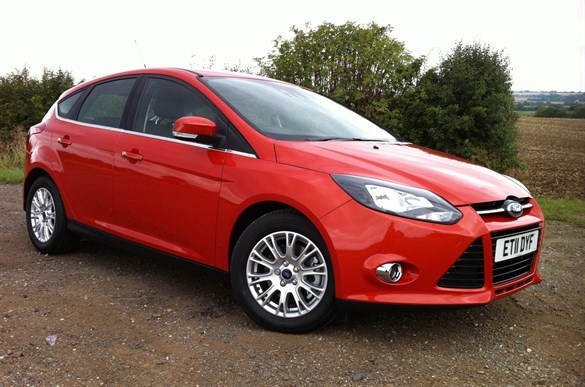 In the last road test on our long-term Ford Focus, there was a fuel economy challenge which I happily took up over the past few weeks.

The 1.6 TDCi engine in our Focus had been delivering fuel economy of ‘only’ 53.5mpg, with an expectation this would increase significantly in future.

My attempts at maximising fuel economy are well-known in the office, with one wag suggesting that I get my kids to get out and push on hills to reduce emissions, but on this occasion I am still a long way off the 67.3mpg combined fuel economy figure stated by Ford.

I did achieve 55mpg on a long-run (with the kids in the car, rather than pushing), but this quickly dropped off with town driving.

However, I can’t say I am disappointed for two reasons. Firstly, this is a sizeable family car and it seems that 50mpg will be a feasible target for all drivers, which is very good in my book.
Secondly, the combined fuel economy test isn’t really designed to cope with stop/start technology, which is fitted to our test car, so it tends to over-emphasise an engine’s performance in test conditions, particularly for the urban cycle.

I still imagine there is a fuel economy figure starting with a ‘6’ under the bonnet somewhere, but I suspect it would take a lot of patience and miles to find it.