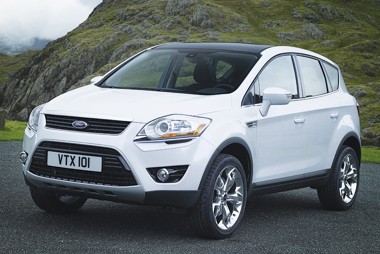 I have been worrying about the weak pound while driving around in the excellent Ford Kuga.

Like many others, Ford has needed to put its prices up at regular intervals throughout the year to account for the extra costs of trading into the UK. But residuals have not risen relative to the new price. It is becoming more costly to buy and lease, and is worth less at resale time.

This is how it has worked for the Kuga. When this fine white machine was delivered, it could be bought for £22,900. Now, its sticker price has risen to £23,795.

Residuals, on the other hand, have fallen. In my last report (March 26), the Kuga was going to be worth £8,675 in three years’ time – now that figure stands at £8,475. Still very healthy for the SUV sector, but you don’t need to be Einstein to work out that with the gap widening between new and used prices monthly rentals are only headed in one direction.

The lower value will dominate perception – hence all the cars get pulled to that price, exacerbating the problem, and irrespective of their initial value.

The second issue is that there will be quite a few cheaper (and more economical) two-wheel drive versions about by then, and that will pull values down, too.

Having noted that, the Kuga is performing admirably.
The comments about its good looks continue unabated, while the split rear screen is very useful for throwing shopping in.

Fuel economy is still disappointingly short of Ford’s claimed average figure of 44.1mpg though: with 4,000 miles now on the clock my average is still south of 33mpg.