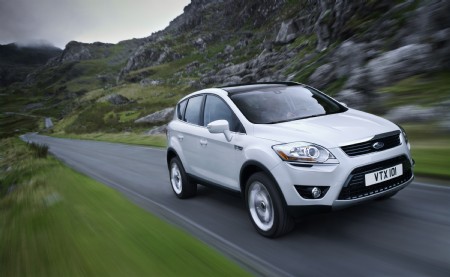 The arrival of the Ford Kuga on the long-term fleet coincides neatly with it becoming the Fleet News small SUV of the year.

Does it live up to such star billing in the real world?

Key to the Kuga’s victory is its low CO2 emissions, among the lowest in the sector at 169g/km, thanks to the 2.0-litre TDCi turbodiesel engine and four-wheel drive that kicks in only when needed to provide extra traction.

Initial findings in our test model are mixed.

The good points are the Bluetooth telephone system which, with its touch-screen, pin-sharp sound and easy-linking software, is the best of these systems.

The driving position is excellent, and the Kuga drives very well, too, especially for a car of this type.

The bad points? The engine is a little raucous under acceleration, the boot space isn’t that good (a Volvo XC60 has about a third more luggage space) and the fuel economy average of 31.5mpg is way off Ford’s claimed combined figure.

Hopefully, now the engine is run in it will prove more frugal.

For those looking for even better emissions and frugality, Ford has now introduced a two-wheel drive Kuga – despite initially suggesting this model would not come to the UK.

With CO2 emissions of 159g/km, it sits handily below the 160g/km threshold for higher writing-down allowances.

Careful on those option upgrades, though – they could sneak the vehicle back above the threshold.

The front-wheel drive Kuga is nearly £2,000 cheaper so driver BIK savings will be substantial.