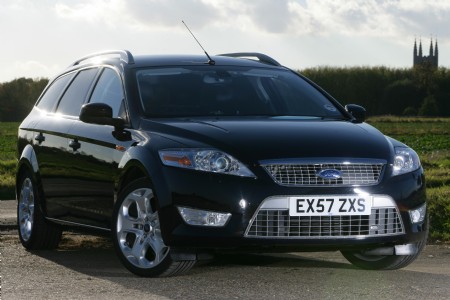 Time behind the Mondeo’s wheel has been limited recently.

One of the reasons was that the car’s traction control system was being checked by the local Ford dealer.

The master technician found the safety system in order.

The explanation I have since been given, although not by Ford, is that the ESP settings on the Mondeo allow a degree of front wheel spin – more than some drivers would expect.

My experience of the system when cornering on slippery roads says Ford has got it wrong and has set the system to permit too much spin and eventual understeer.

Other drivers will disagree, arguing that the greater degree of freedom that Ford’s system permits for the driver to correct his own mistakes is a plus.

Regardless of individual driver preferences, the ESP settings do not detract from the fact that the car already benefits from excellent inherent stability.

Ford has got this aspect right. Indeed, it often requires deliberate provocation to force the car into understeer situations, which is something most drivers would not be practising in what is, after all, a family estate.

Economy has not improved, despite driving with the dual-zone automatic climate system deactivated, which should have knocked the mpg up.

Taking rural, urban and motorway driving together, the Mondeo still only returns 36.6mpg, which is far below the 47.9mpg claimed by Ford.

Another reason the Ford has sat in the drive was to allow time in a rival car – the new Mazda6 – which was driven for a few days to compare it to the Mondeo.

While it was a saloon, so practicality was not in the equation, the Mazda was a sportier, more responsive car.

The 2.0-litre diesel engine was punchier and the chassis more agile.

Surprisingly, the traction control on the Mazda cut in far quicker than the Mondeo’s.

But the family was still happy to see the far more comfortable and premium-feeling Mondeo back in the drive.

The Mazda might be more fun to drive, but its packaging, especially the interior plastics, means it falls short of the standard set by the Ford.

The overall sensation when travelling in the Ford is that it is a quality car.

The use of premium interior materials, the excellent seats, the solidity of the body and the sporty set-up of the chassis all add up to a car that is a pleasure to drive and be driven in.

Of course, the masses of optional extras fitted into this range-topping Titanium X model help, but even the base model offers that premium feel.