IN the last couple of months the automotive world has been agog at Honda’s new Civic Type R, hailed by many as the new standard for hot hatches.

Fleet managers, however, are not likely to get that excited. The Type R’s 197bhp engine might well get the petrolheads dribbling, but it’s hardly a dream for those more concerned about fuel efficiency and emissions.

So those company car drivers looking for sporty thrills and the Civic’s futuristic lines, but without the tax headache, could do worse than look towards the Type R’s little brother.

The Type S is more lukewarm than hot, but spices up the experience offered by the original Civic. Out go the rear doors, which moves the B-pillar back and smoothes the lines, although the three-door still suffers from the regular car’s lack of rear visibility. In comes a ground-hugging front splitter and chunky side-skirts for a more aggressive look.

Inside, the seats have been pumped full of steroids to provide extra support round corners, and there’s a new, slightly smaller steering wheel.

The main changes are to the suspension, which has been given a thorough work-out to hone its athletic qualities. The rear track has been widened by 20mm for improved dynamics, and both the springs and dampers have been stiffened.

The important thing for tax-payers is that the engine line-up is unchanged from the standard five-door Civic. This means the same fleet-friendly 2.2-litre diesel engine is available, producing 138bhp, 251lb-ft of torque and 138g/km of CO2.

Driving the Type S around town shows few differences to the common-or-garden Civic. Those with sensitive derrieres might feel bumps in the road a little more thanks to the revised suspension, although the ride is far from spine-shattering. The tweaks only start to show themselves on the open road.

The subtle visual changes that the Type S boasts are reflected in the way it drives. It feels, well, sportier.

The diesel engine was great in the original car and it continues to be here, pulling throughout the rev range, but the handling is sharper and the car remains flatter through the bends.

Although the regular car doesn’t shame itself on B-roads, the Type S is genuinely enjoyable to take off the motorways.

Best of all, it retains virtually all of its practicality. There’s plenty of legroom in the back and a decent-sized boot which can accommodate a huge amount once the rear seats are folded completely flat. All the standard car’s features can be specified, from satellite navigation to the panoramic glass roof. 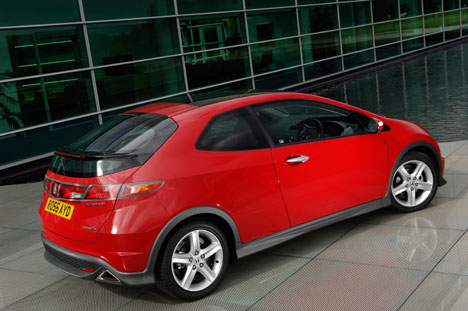 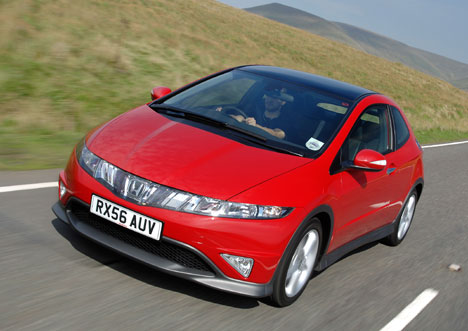 For those aching for a bit of sportiness but lacking the budget for the full-on Type R experience, the Type S represents a happy compromise. It’ll carry the shopping and return 54.3mpg, but still bring a smile to your face when you want it to.