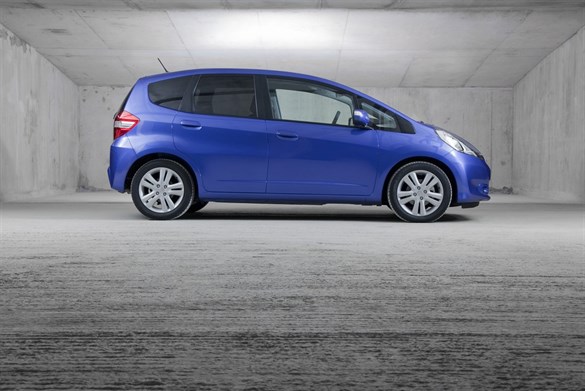 It’s safe to assume a new Jazz is now in the pipeline, given that Honda has recently changed the Civic and we’ll see a new CR-V this autumn.

If I was with Honda’s designers rights now I would be wrestling with what I see as the major challenge - reducing CO2 emissions without sacrificing the Jazz’s magic seats.
It was a challenge they weren’t able to overcome with the current Jazz hybrid which has emissions of 104g/km.

Honda suggested that to make the Jazz sub-100g/km it might have needed a larger battery and that would have made it difficult to accommodate the magic seats.

But now that Toyota’s Yaris hybrid has arrived on the scene with sub-100g/km emissions (79g/km) I think it’s something Honda needs to address.

If they can succeed in combining lower emission while retaining the magic seats the Jazz will be the stand out hybrid choice in its class for fleets in my view.

The practicality of the Jazz and how easy it is to transform it to create more luggage space has really impressed me.

While the Jazz looks a little sharper than in its early days it’s still a tad on the conservative side, although the recently announced Jazz Si looks a bit feistier with larger wheels and a sports styling kit.
I’m not overly keen on the interior’s styling and, as noted in a previous review, the glove box doesn’t sit at the best height.

But I’d like Honda to retain the elevated seating position for the driver.

The model we’re testing doesn’t have sat-nav as standard, although it does have other features which appeal to corporate users such as cruise control and an auxiliary socket for connecting an iPod or MP3 player.

I’m undecided about the Eco Assist feature which sees the speedometer changing colour depending on how economically you’re driving. I can see it appealing to fleet managers but from a driver’s point of view it can be slightly distracting as I often find I take my eyes off the road to look at it. Perhaps going for a more ambient lighting would help.