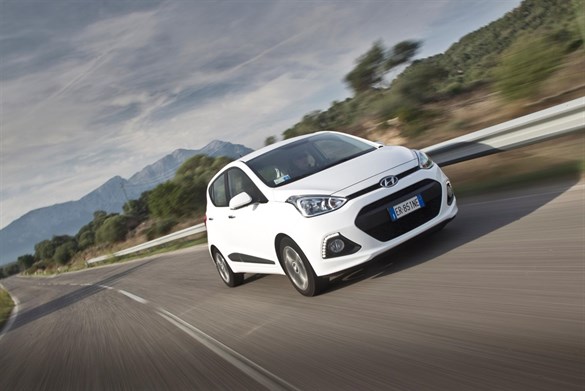 Economy-minded corporate sector customers are being lined up for a key role in a plan to drive Hyundai above 100,000 sales a year in the UK.

Bosses at the revitalised South Korean brand believe that bigger, more sophisticated versions of the popular i10 city car will appeal to the growing number of business motorists who want to cut their transport costs.

“I think a considerable number of fleets are looking to downsize as they counter the continual rise in operating costs, but as they move away from cars in the C- and D-  segments, they want smaller replacement vehicles to be better looking, luxurious and not utilitarian,” Hyundai Motor UK president and CEO Tony Whitehorn told Fleet News.

“It’s no longer enough for an A-sector car to be merely functional A to B transport.

“Our new range fits the bill perfectly and I’m convinced it will secure a much wider base of appeal.”

“In the past, an employee who was given an i10 might have felt hard done by because it was a purely functional vehicle,” he said.

“But that’s no longer the case – our new car is substantially better all round and even the base model comes with electric windows. I’m sure we will have success as more customers discover the quality of this car is just as impressive as that in the bigger models in our range.”

On sale in January, the i10 has swapped its tall and narrow appearance for longer, lower and sleeker styling. With extra width and standing on a longer wheelbase, it is now among the biggest A-segment cars and boasts generous cabin space with a 12% bigger boot providing a class-leading 252 litres luggage area that stretches to 1,046 litres when the 60/40-split rear seat backrests are folded.

Easy access and front seat roominess are strong features of the car, which costs the same as its predecessor in base form despite having improved safety features that include six airbags, electronic stability control and tyre pressure monitoring as standard.

Thanks to its stiffer shell and improved aerodynamics, the new car has a noticeably quieter on-road demeanour and the three-cylinder engine readily spins to 6,000rpm to feel more lively than performance figures suggest.

Significantly, Hyundai’s latest small car platform also allows the i10 to punch above its weight in other areas with impressive steering agility providing neat handling and a surprisingly supple ride promoting driving qualities some way ahead of general A-segment expectations in a thoroughly likeable package.